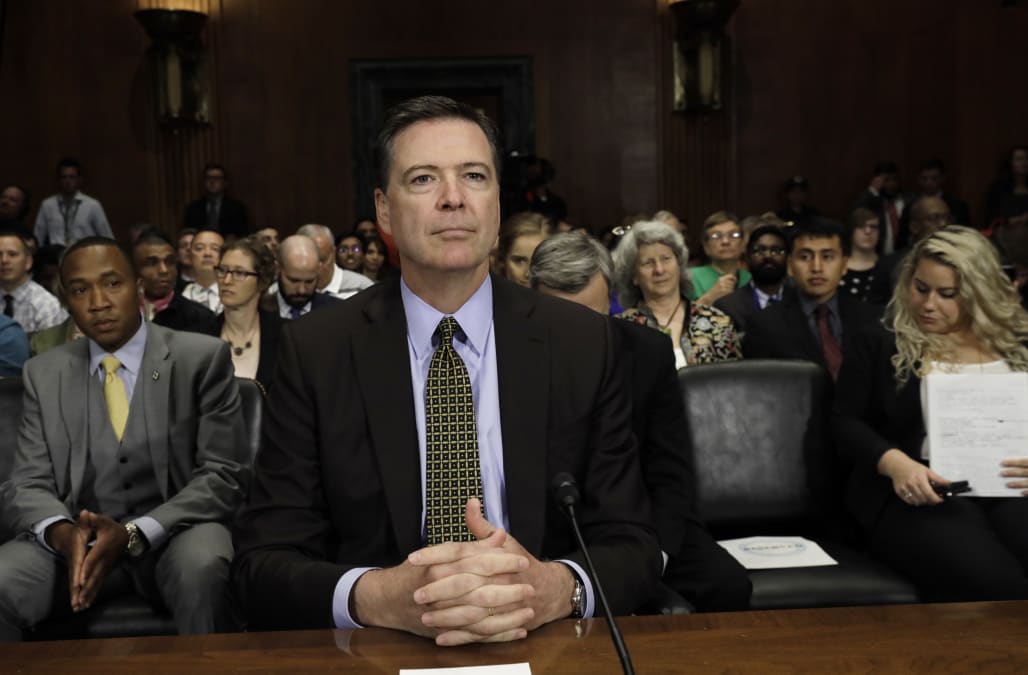 As journalists began analyzing a copy of the testimony former FBI director James Comey is expected to give Thursday in front of the Senate Intelligence Committee, the Republican National Committee offered its own take on the contents:

Trying to find something of substance in Comey’s opening statement like pic.twitter.com/igLC4JPREg

"Trying to find something of substance in Comey's opening statement like," the tweet read, accompanied by a picture of a man with a telescope.

"President Trump was right, said RNC chairwoman Ronna McDaniel in a statement. "Director Comey's statement reconfirmed what the president has been saying all along - he was never under investigation."

Twitter users are making hilarious edits to Comey's prepared remarks for Congress
DC'S HOTTEST READ IS THE COMEY STATEMENT https://t.co/DCesWU1tg1
"he wanted loyalty but all I could promise was honesty" -james comey https://t.co/dHW6rsuESQ
Wow powerful stuff from Comey's statement. https://t.co/5ziLdO53zY
You just KNOW Comey typed this out on a vintage typewriter with a cigarette hanging out the side of his mouth.
the part of the testimony where trump and comey kiss is weirdly sorta beautiful
Trump: I want a milkshake. Comey: I can give you a banana. Trump: That's what I want—a banana milkshake.
Is this real, or did did Comey accidentally cut and paste this exchange in from the script of a mob movie? https://t.co/YR1QUtlMG0
Comey's opening statement sounds like a Tinder horror story. https://t.co/Umrjhmj0kS
All right, this part of the testimony is a little weird. https://t.co/r5Ys7id5E1
@DavidCornDC "I didn't move, speak, or change my facial expression in any way. We simply looked at each other."… https://t.co/PZw0bsxAcK
I can't get over this Comey testimony you guys https://t.co/zzrBb5F5sH
That was the last time I talked to Mr. Trump. https://t.co/QcSPFeD8Vd
Up Next

Some Democrats were quick to try and counter the GOP's posting. California Lieutenant Gov. Gavin Newsom, responded to the GOP's tweet: "Hey gang, we r the young and #hip @GOP here to party with sweet #memes and #gifs. We on #fleek y'all!"

The seven pages of Comey's opening statement contained information detailing Comey's interactions with President Donald Trump, including a dinner in January during which Trump asked Comey for his loyalty. The testimony also confirmed a meeting in February where Trump had asked Comey to drop the FBI's probe into former national security adviser Michael Flynn.

SEE ALSO: Former FBI Director Comey: Trump told me he 'had not been involved' with Russian 'hookers'