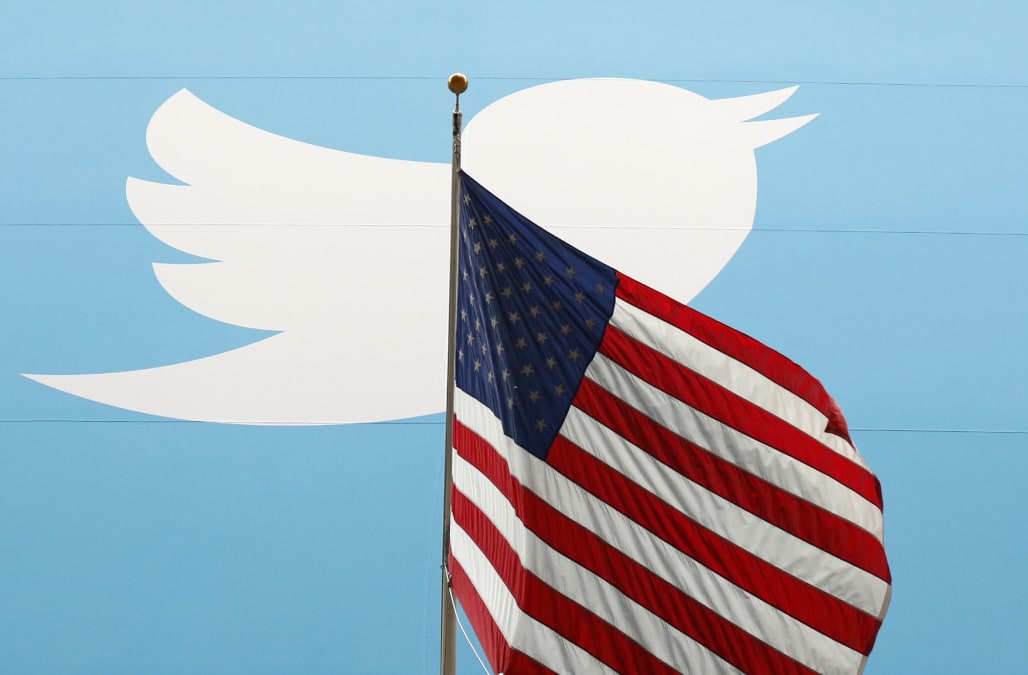 SEE ALSO: Trump to Comey: 'We had that thing you know'

Trump's @realDonaldTrump account recently blocked a number of accounts that replied to his tweets with commentary that criticized, mocked or disagreed with his actions. Twitter users are unable to see or respond to tweets from accounts that block them.

The Knight First Amendment Institute at Columbia University in New York said in its letter that the blocking suppressed speech in a public forum protected by the Constitution.

If the institute should sue, Trump could claim his @realDonaldTrump account is for personal use and separate from his official duties as president, Goldman said. But he called that defense "laughable."

Trump also has a presidential @POTUS Twitter account. The Knight Institute said its arguments would apply with "equal force" to both accounts.

Trump's Twitter use has drawn intense media attention for his unvarnished commentary about his agenda and attacks on critics. His tweets are often retweeted tens of thousands of times, and can shape the news cycle.

Legal experts have said his tweets may directly affect policy. A chain of postings about his travel ban may hamper his administration's defense in courts.

O'Reilly was blocked on May 28 after posting a brief animated clip of Pope Francis appearing uncomfortable during a meeting with Trump with a caption, "this is pretty much how the whole world sees you," the letter said.

Papp learned he was blocked on June 4 after responding to a Trump tweet with a tweet labeling the president a "#fake leader."

The accounts are just two of several that have been blocked by Trump or his aides, Abdo said.

More from AOL.com:
Trump slams 'fake news' media for criticizing his tweets
Ivanka Trump trolled online over 'Why I Disagree With My Dad' US Weekly cover
Trump is reportedly considering visiting London