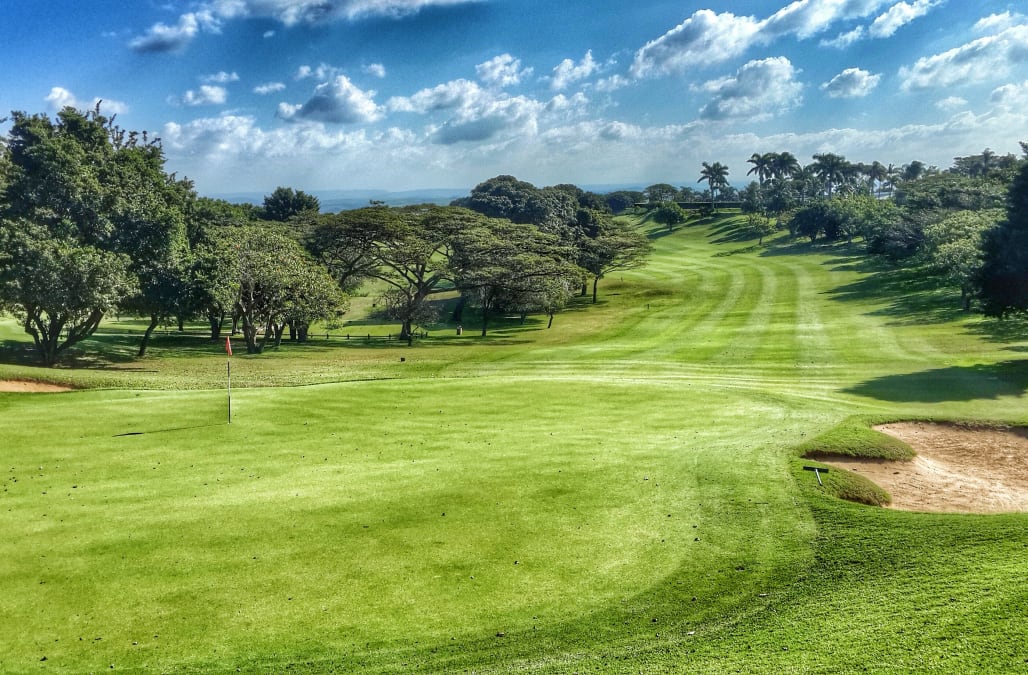 A 12-foot alligator enjoyed an evening stroll across a South Carolina golf course as visitors and other animals looked on in awe.

The creature was making its way across the green to a nearby pond, according to a Facebook post.

A crowd gathered to watch the journey -- including a few deer.

"Afraid? No," Jessica Miller of the Fripp Island Golf & Beach Resort in Saint Helena Island told InsideEdition.com. "As long as you keep your distance, you are fine."

Miller said that when large alligators are on land and moving, they are not looking to attack anything but food.

Miller, who often deals with rogue animals on the property, said she was called on the scene to deal with the gator but decided he would be better off if left alone.

"If we had approached him and gotten much closer – because this is a big animal and slowly going along – his reaction could have been to lie down and start hissing," she told InsideEdition.com

Miller said the gator eventually made it to the pond 40 minutes later.