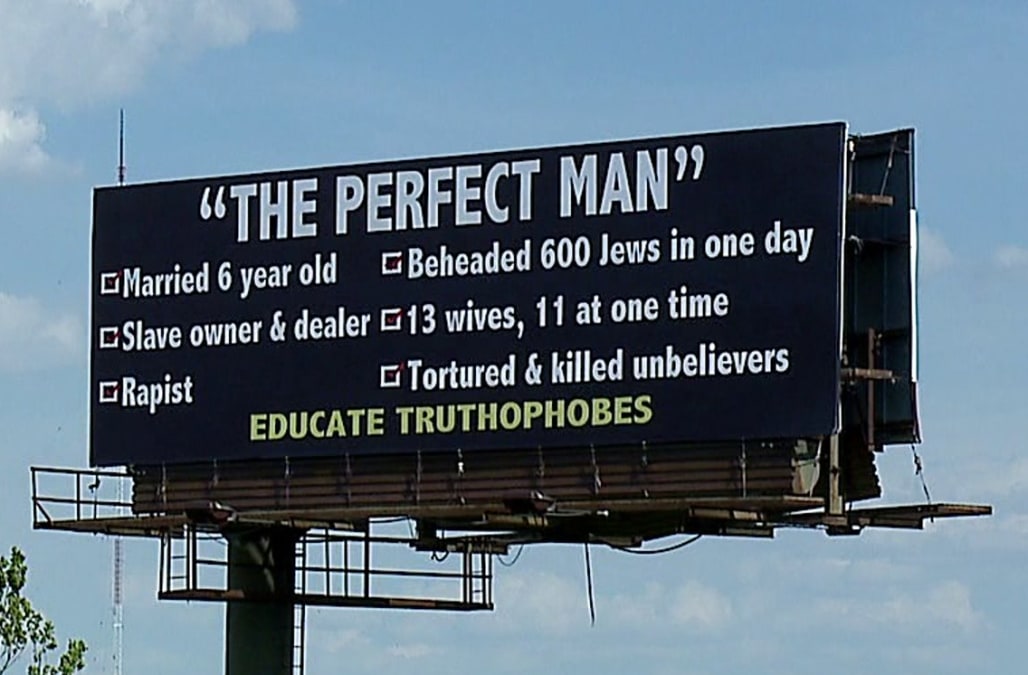 A billboard erected on a busy road in Indianapolis, Indiana, is sparking heated controversy among residents.

The sign in question, which can be seen from the southbound lanes on I-465 near the Washington Street exit, claims to list the characteristics of "the perfect man." 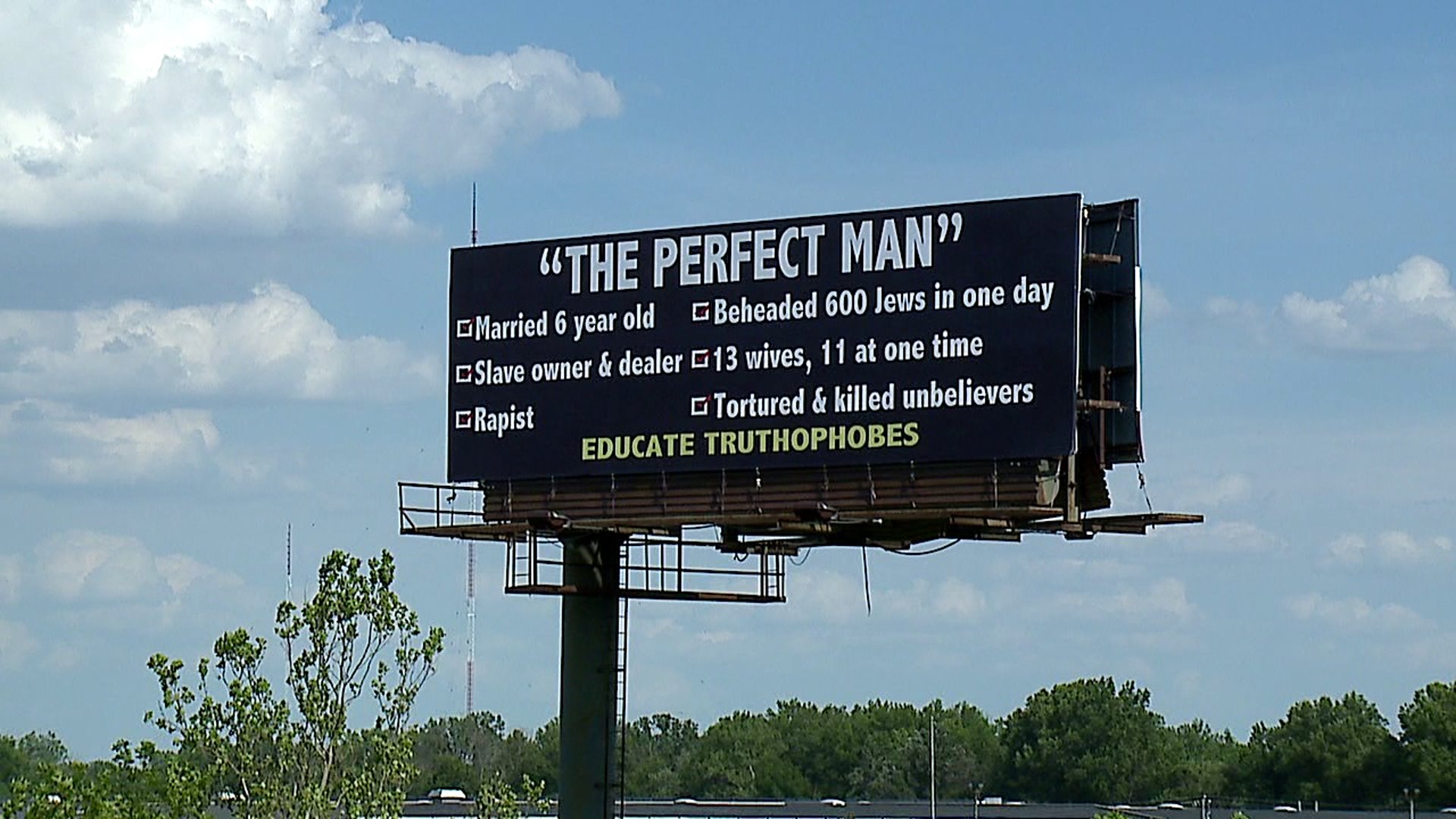 Among the traits listed on the contentious sign are "married 6 year old," "slave owner," "rapist," "beheaded 600 Jews in one day," "13 wives, 11 at one time" and "tortured and killed unbelievers."

By now, you've likely figure out that the traits listed here are anything but those of an ideal human being -- and opponents of the sign are saying that it degrades the Muslim prophet Mohammad.

"I was a little disappointed when I saw that," Farial Khatri of the Islamic Society of North America told WXIN.

But as disheartened as Khatri may be, she says she's not surprised by the message.

"We've seen them in New York and several others cities on billboards as well as other transit ads," Khatri added. "We do support free speech, but we do realize this is also rooted in bigotry."

Rima Shahid, executive director of the Muslim Alliance of Indiana, says the billboard made her feel "heartsick" -- especially because it was erected at the beginning of Ramadan.

"At any point this would have been highly offensive, but we're in the holiest month of our faith, when we slow down and reconnect with our communities," she said. "To have an attack on all Muslims during this period is very disheartening."

Shahid says she condemns the billboard, claiming that it spread lies and misinformation about Islam and its prophet.

"It perpetuates hate," she added. "It perpetuates misconceptions about Islam, and it makes our neighbors think we believe things that just aren't true."

While no one is quite sure what group is behind the billboard, a Google search for "Truthophobes," which is printed at the bottom of the sign, yields results rife with anti-Muslim messages.

In response to the hateful message, the Muslim Alliance of Indiana says it's planning to raise money to erect a billboard nearby to spread a message of peace and kindness.