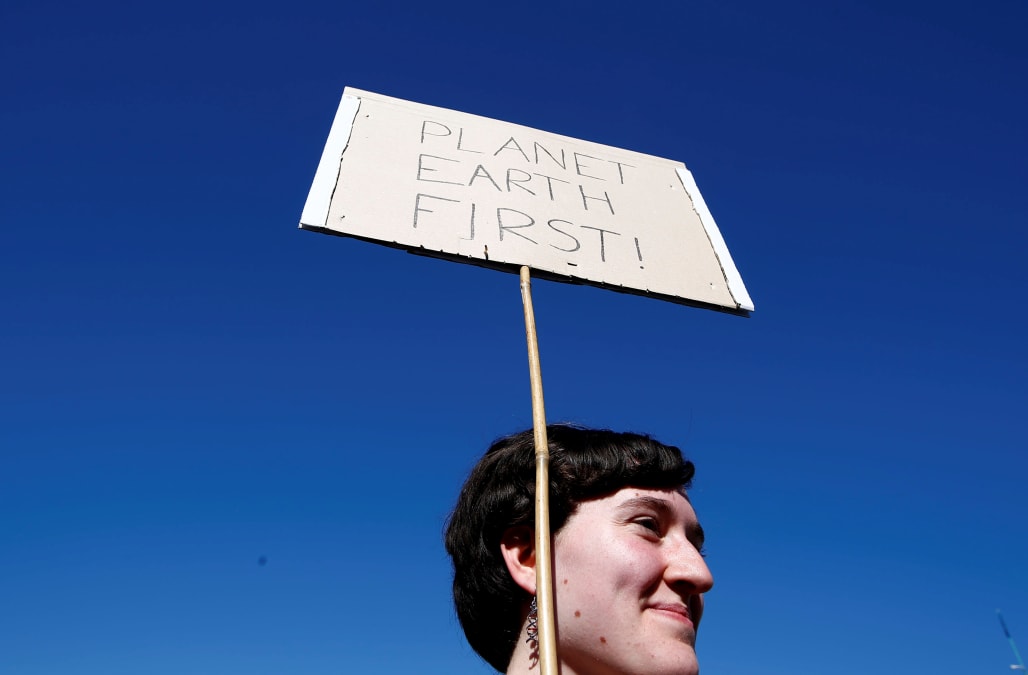 Most Americans believe the United States should take "aggressive action" to fight climate change, but few see it as a priority issue when compared with the economy or security, according to a Reuters/Ipsos poll released on Tuesday.

The June 2-4 opinion poll suggests American voters may not penalize President Donald Trump too harshly for walking away from the 2015 Paris Climate Agreement, even if they would have preferred he keep the country in the deal.

The poll found 68 percent of Americans want the United States to lead global efforts to slow climate change, and 72 percent agree "that given the amount of greenhouse gases that it produces, the United States should take aggressive action to slow global warming."

Even so, Americans rank the environment near the bottom of their list of priorities for the country. Only about 4 percent of Americans believe that the "environment" is a bigger issue than healthcare, the economy, terrorism, immigration, education, crime and morality, Reuters/Ipsos polling shows.

"I just kind of feel helpless about it," Dana Anderson, 54, of Mesa, Arizona, said about climate change. "If something happens to the environment, it is what it is, right?"

Anderson, who has multiple sclerosis, said that whatever Trump says about healthcare will matter to her much more than his thoughts on global temperatures.

The poll was conducted after Trump announced on Thursday that the United States would abandon the landmark agreement with 195 countries to slash carbon emissions and curb global warming. The Republican president, who had previously called climate change a "hoax" despite overwhelming evidence to the contrary, said he thought the pact would harm the U.S. economy without providing a tangible benefit.

The decision drew anger and condemnation from world leaders and business chiefs, many of them worried a U.S. exit would put the planet at risk and leave the United States behind in a global shift away from fossil fuels.

The poll found the U.S. public split along party lines over the move to withdraw from the global climate pact, with most Republicans supporting it and most Democrats opposing it.

The poll also showed 50 percent of Americans believe global temperatures will rise faster as a result of the U.S. withdrawal from the climate deal, and 64 percent think U.S. relations with other countries will suffer.

For more on the polling methodology, questions and credibility intervals, see tmsnrt.rs/2qYVdR6