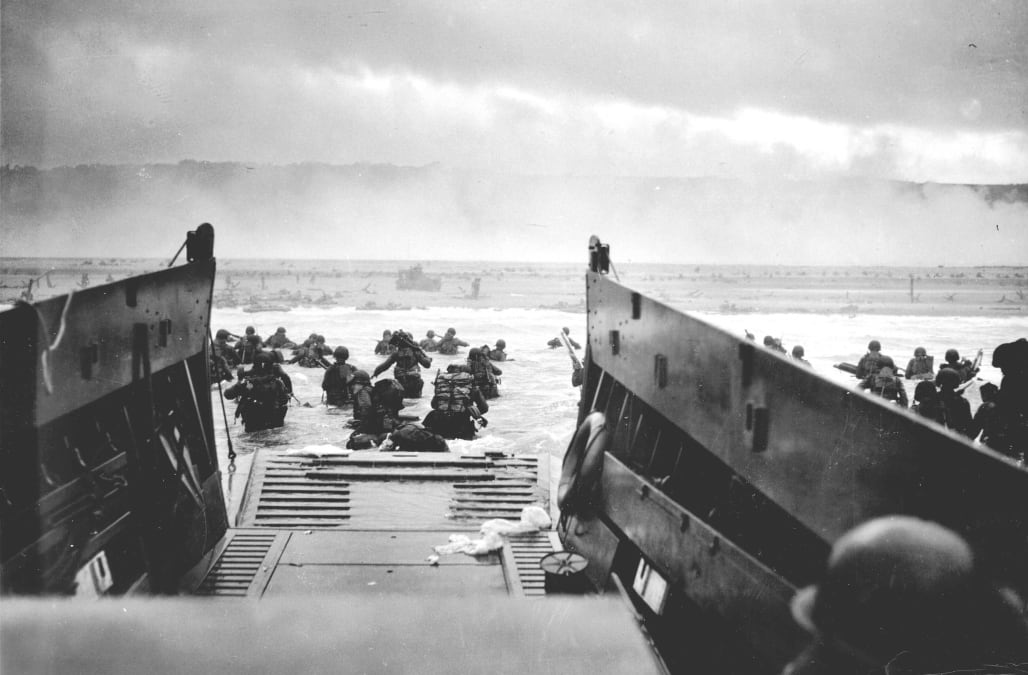 World War II had already been raging around the globe for four years when the planning for Operation Neptune -- what we now know as "D-Day" -- began in 1943.

Operation Neptune was part of the larger Operation Overlord, the Allies' undertaking to invade Western Europe and free the nations from the control of Nazi Germany.

After intense and successful deception of the Axis forces, both operations began on Tuesday, June 6, 1944, with the storming of France's Normandy shore.

14 PHOTOS
Alongside the Allied military on D-Day
See Gallery

The weather on D-Day was less than ideal, but the Allies were relying on very specific tides and moon phases, a perfect mix of circumstances which prevented them from postponing the attack.

Roughly 50 miles of the Normandy shore were targeted. The coast was broken up into five sectors, codenamed Omaha, Utah, Juno, Gold and Sword, which were attacked by 156,000 troops led by future President Dwight D. Eisenhower.

Casualties were highest at Omaha beach, and 4,414 Allied soldiers were confirmed dead in total.

Operation Neptune ended as a decisive victory, as the United States, United Kingdom, Canada and the rest of the Allies established five new beachheads on the Normandy shore.

The Normandy landings remain the largest seaborne invasion in history, and many believe the operation signified the beginning of the end of World War II.

More from AOL.com:
Pink planes and painted cows: The weird side of World War II
A picture and its story: Photographing carnage in Kabul
When refugees fled war-torn Europe for havens in the Middle East