TSA wants you to adopt puppies who failed their training program 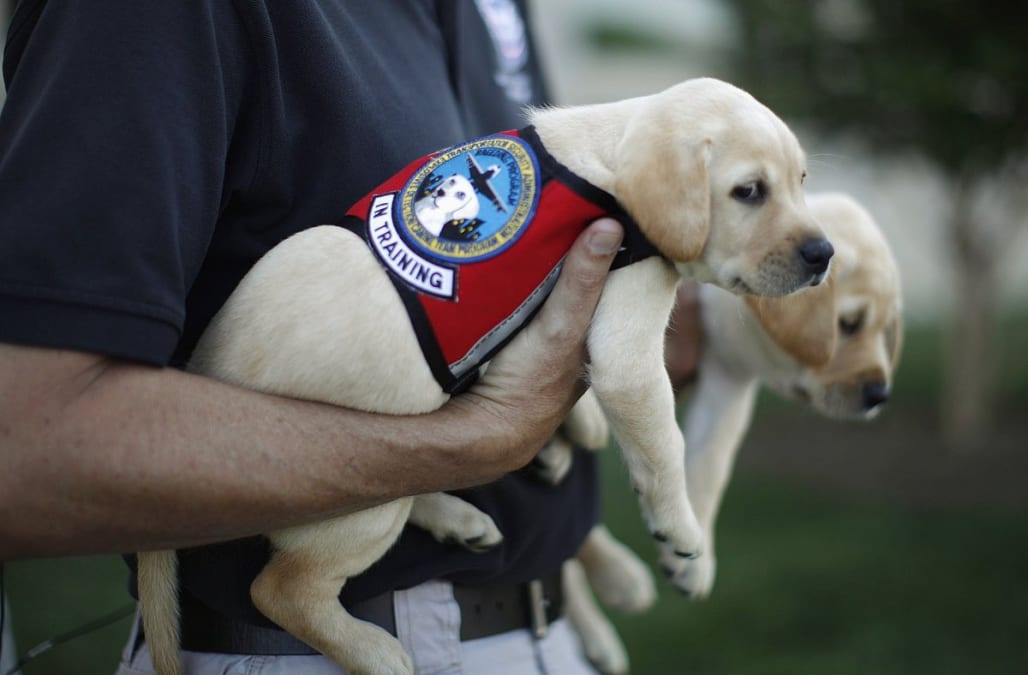 If the Transportation Security Administration is in the news, it's probably due to new regulations or an incident. In this case, though, it's a call to help.

Once in awhile, the TSA announces that puppies who failed their training (as well as retired dogs) need to find forever homes. The latest wave went viral on Twitter when it was shared by Only In Boston:

The @TSA are seeking people to adopt dogs who failed TSA training or are retired: https://t.co/9kSJszS5dmpic.twitter.com/SQTdKPquEP

The TSA announcement says that the dogs did not "meet the TSA Canine Training Center criteria for government work" -- and may be untrained.

Not only are the applications for adoptions on a first come, first serve basis, but there are housing requirements. For example, applicants must have a fenced-in yard and must not be planning to move soon. Potential families must be able to travel to San Antonio, Texas where the dogs are located.

As of Monday, the TSA updated the page to say that they are not currently accepting new applications. They will open again in August.

What are the weirdest items the TSA confiscated?