Trump doubles down: I'm calling it what it is 'a TRAVEL BAN' 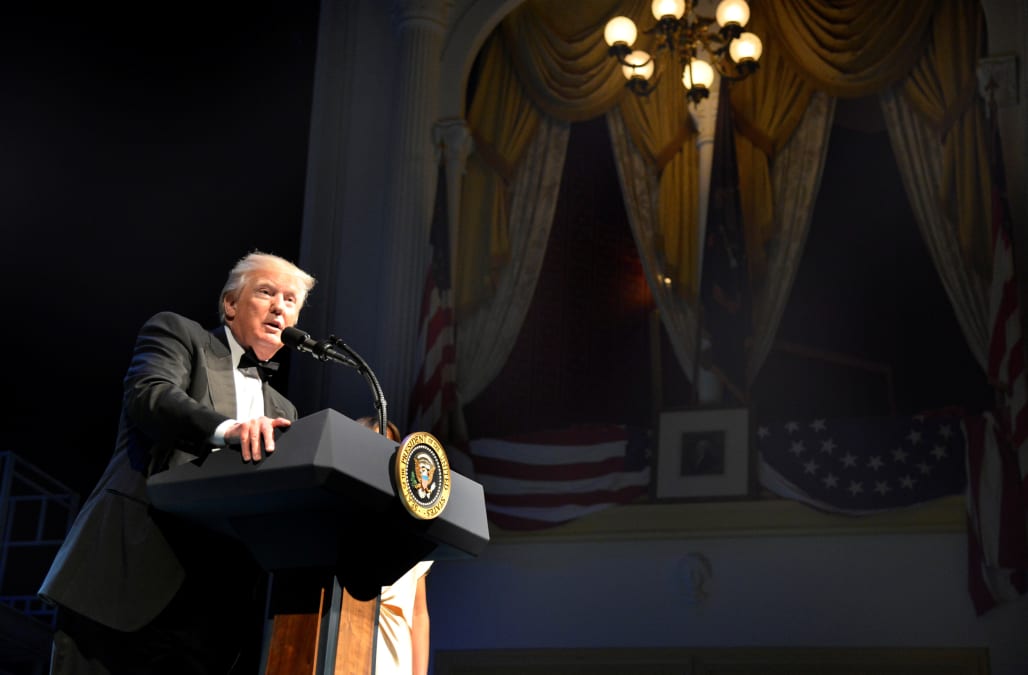 President Donald Trump doubled down on a controversial executive order banning travel to the US from six majority-Muslim countries in a series of tweets Monday morning.

"People, the lawyers and the courts can call it whatever they want, but I am calling it what we need and what it is, a TRAVEL BAN!," Trump tweeted.

Trump appeared to blame the Department of Justice, run by Attorney General Jeff Sessions, for moving forward with a "watered down" version of the policy.

"The Justice Dept. should have stayed with the original Travel Ban, not the watered down, politically correct version they submitted to S.C.," the president tweeted Monday morning, referring to a new version of the policy that has been referred to the Supreme Court.

"The Justice Dept. should ask for an expedited hearing of the watered down Travel Ban before the Supreme Court - & seek much tougher version!," Trump continued.

The Department of Justice's petition asks the high court's nine-justice panel to rule on the legality of Trump's order. In a May ruling halting the order, the 4th US Circuit Court of Appeals argued that the travel ban "drips with religious intolerance, animus, and discrimination."

The Trump administration had vowed to take the case to the Supreme Court since the first of two versions of Trump's executive order on travel was slapped down by the San Francisco-based 9th US Circuit Court of Appeals in February.

The White House initially attempted to clarify Trump's use of "travel ban" when the executive order was first announced in January.

Press Secretary Sean Spicer said in January that the policy was not a ban, but rather "extreme vetting." However, Spicer seems to have adopted the language, calling it a travel ban as recently as May.

The president used similar language over the weekend, tweeting after the Saturday night attacks in London.

"We need to be smart, vigilant and tough. We need the courts to give us back our rights. We need the Travel Ban as an extra level of safety," Trump tweeted.

During his tweetstorm Monday morning, the president also took a shot at the courts system, calling them "slow and political."

"In any event we are EXTREME VETTING people coming into the U.S. in order to help keep our country safe," Trump tweeted. "The courts are slow and political!"