Trump hits reset to focus on aging US infrastructure and jobs 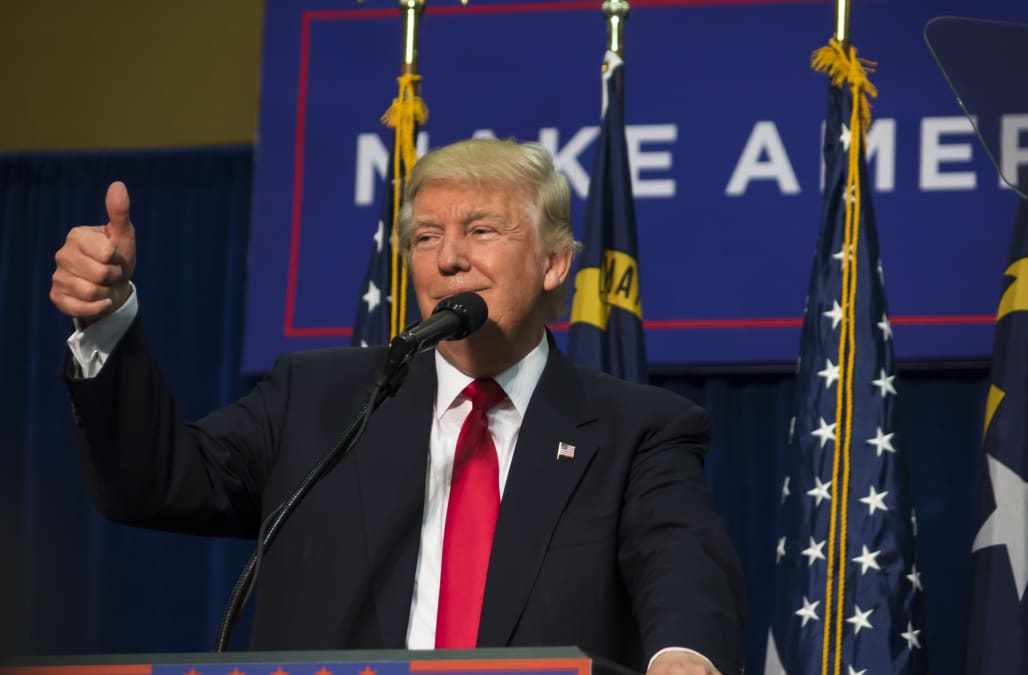 WASHINGTON, June 3 (Reuters) - President Donald Trump will hit the road next week to ramp up his long-promised plan to overhaul the nation's aging airports, roads and railways, a push aimed at energizing his supporters and distracting from political intrigue in Washington.

The infrastructure push - which will include a trip to Ohio and Kentucky - comes as the White House seeks to refocus attention on core promises to boost jobs and the economy made by Trump last year during his campaign for office.

Those pledges have been eclipsed by the political furor over Russia's alleged meddling in the 2016 U.S. election. That drama will come to a head next week when former Federal Bureau of Investigation Director James Comey, who was leading the Russia probe until Trump fired him, testifies before a U.S. Senate panel on Thursday.

Trump - who has denied any collusion between Russia and his campaign - has struggled to keep the spotlight on plans that could give him a political lift. Holding four events next week on infrastructure and jobs will give him the opportunity to provide some counter-programming to the drumbeat of Russia news.

It is a deft messaging move, said Chris Barron, a pro-Trump Republican strategist, who says the president is at his best when he is on the offensive.

During his campaign, Trump promised a 10-year, trillion-dollar program to modernize decrepit infrastructure - a plan that holds bipartisan appeal because of its job-creating potential, and that will require backing from the U.S. Congress.

Legislative wins have eluded Trump thus far. He kicked off his policy push with healthcare and tax reform, initiatives that have become bogged down in process and controversy. The infrastructure push will offer some fresh ideas for the White House and lawmakers alike to discuss.

"It doesn't matter who you are - whether you're a farmer in the Midwest or a mother driving your kids to and from school, or work, or a college kid flying back and forth to school - you're affected by infrastructure," Gary Cohn, Trump's chief economic adviser, told reporters during a preview of the week.

On Monday, Trump will propose reforms to privatize the air traffic control system, calling on lawmakers to hive it off from the Federal Aviation Administration.

Trump will make remarks in the Rose Garden and explain how the plan will save travelers time and save fuel costs for airlines, Cohn said.

On Wednesday, Trump will travel to Ohio and Kentucky to talk about improvements to the 12,000 miles (19,300 km) of inland waterways, dams, locks and ports critical for shipping farm products, and will deliver a speech about his vision for infrastructure, Cohn said.

He will huddle with a bipartisan group of governors and mayors at the White House on Thursday to discuss their needs and plans, Cohn said. Most U.S. infrastructure is owned by state and local governments.

Trump will wrap up his push on Friday with a visit to the Department of Transportation to discuss regulatory reform for roads and rail, Cohn said.

Trump last month asked Congress for $200 billion for infrastructure over 10 years, a plan that would encourage state and local governments to lease assets to the private sector to generate funding for other projects.

Some projects in rural areas may need traditional federal grants, an administration official told reporters, but most funds will be used to try to attract and leverage outside spending.

His administration has said it wants states to expand the use of tolling on interstate highways.

The White House does not plan to release its own infrastructure bill, and officials told reporters the timing for legislation is not set.

On the air traffic control reforms, Trump plans to share the "principles" he supports, but will leave the drafting of legislation to lawmakers, officials told reporters.

Trump has said in the past that he would consider packaging infrastructure with healthcare or tax reform legislation as an incentive to obtain support from lawmakers.

More from AOL.com:
Trump 'wide open' on Paris climate accord: Mattis
Trump tweets: Russia 'must be laughing at the U.S.'
As Trump grapples with crisis, communications aide steps down