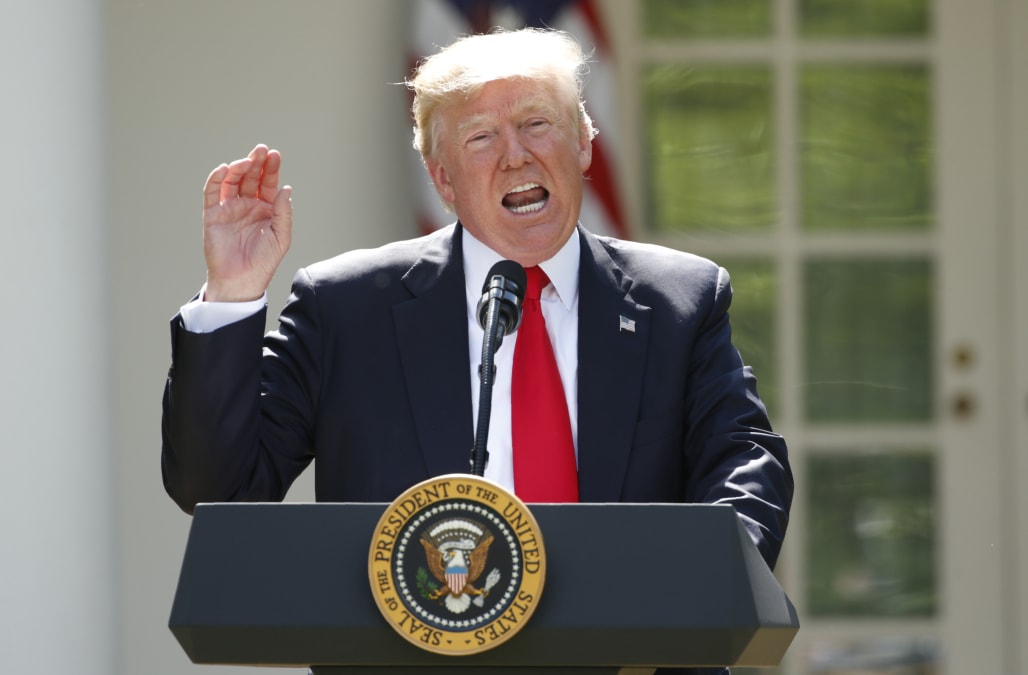 As President Trump announced his plans for the U.S. to exit the Paris climate change accord, the Weather Channel used its website to prove what an extremely bad idea that is.

Weather.com is currently awash in stories detailing the effects of climate change on the planet. They're appropriately apocalyptic. Headlines include "So What Happens to Earth Now?," "Still Don't Care? Proof You Should," "...And More Proof," "...And Even More Proof."

It's clear the site is calling out Trump and his supporters for the president's long-standing claims climate change is a hoax — specifically perpetrated by the Chinese to put the U.S. at an economic disadvantage.

The Paris agreement seeks to engage countries around the world to reduce greenhouse gas emissions to try to reverse climate change. Its purpose is to reduce greenhouse gas emissions with the goal of keeping global temperatures from continuing to climb. Negotiated in 2015 and enacted in 2016, the agreement's goal is long-term: to work to prevent global temperatures from rising to 2 degrees Celsius or more above the average seen during the pre-industrial age by 2100.

The Associated Press reports pulling out of the agreement could mean an additional 3 billion tons of carbon added to the atmosphere each year.

The Weather Channel is trying desperately on its website to convince people in the U.S. that climate change should be taken seriously. One story focuses on the disappearing California coast line due to rising sea levels. Another details how a collapsing ice shelf in Antarctica is about to create an iceberg the size of Wales, U.K.

During his announcement, Trump claimed the world was laughing at the U.S. for its involvement in the agreement. It should be noted that 195 countries are taking part in the Paris accord — including China, alleged environmental hoax perpetrator.