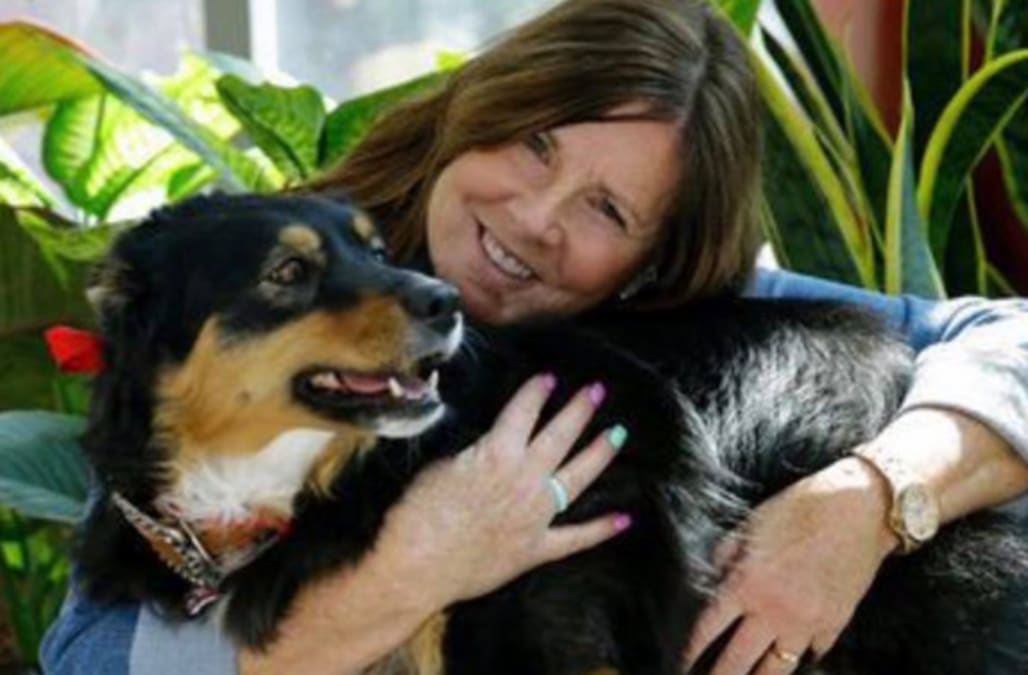 A rescue dog is being honored as a hero after saving the life of her owner, who was dragged half a mile by a horse and left unconscious and alone in the Arizona desert.

"She literally saved my life," Tracy Matkea, 56, told InsideEdition.com. "We love our animals and think they're special — she, of course, has gone over and beyond."

Becky Jo, the 4-year-old Australian shepherd-border collie mix the couple rescued as a puppy, received a year's worth of pet food, $5,000 and a gold medal to signify her heroism after she was inducted into the 2017 Purina Animal Hall of Fame that spotlights pets in for courage and life-saving acts.

Matkea explained she and her husband Butch Matkea, 62, both Alberta, Canada, natives, were in Wickenburg, Ariz., where they spend four months out of the year, conditioning their horses in January 2016.

She had gone off on her own on a remote trail with a colt and her trusty pup as her husband was in the home. Suddenly, the horse got spooked and took off.

"Whether the horse tripped or fell, I don't know," Matkea said. "I was knocked unconscious, or I was definitely incoherent. I have zero memory of the whole situation."

She was later told that she was hanging onto the horse by the stirrups, and was dragged nearly half a mile along a rocky dessert when she ultimately fell off.

"The horse would have been very panicked with me dragging beside her," she explained.

The colt returned to the home on its own, but she said her husband Butch wasn't alerted to the emergency until Becky Jo came home 10 minutes later, barking frantically and running around their driveway.

"I don't know if my dog can figure, 'Gee, there's blood,' but she obviously knew there was something tragically wrong," Matkea said.

Butch got onto his 4x4 and while their dog usually jumps up into the vehicle beside him, she took off running into the woods.

"He realized, 'I need to follow her,' which he thought was really odd," she explained. "Sure enough, she led him to exactly where I was, and where I ended up landing would have been somewhere he wouldn't have been able to look because it wasn't on the regular riding path."

When Butch arrived, his wife was completely scalped. Doctors later said she had suffered a major concussion, shattered a bone in her eye, and fractured her skull. She would have likely bled out within 5 or 10 minutes if the air ambulance hadn't arrived when it did.

"My scalp was pretty much peeled back," she recalled. "I had about 100 staples and stitches to put my scalp back together."

More than a year later, Matkea said she continues to feel effects of the injury, and still needs surgery to correct some of the damage.

But she's happy to be alive, and it's all because of Becky Jo.

"I knew she was an intelligent dog but I would have never, ever, guessed her to do something like this," she said.