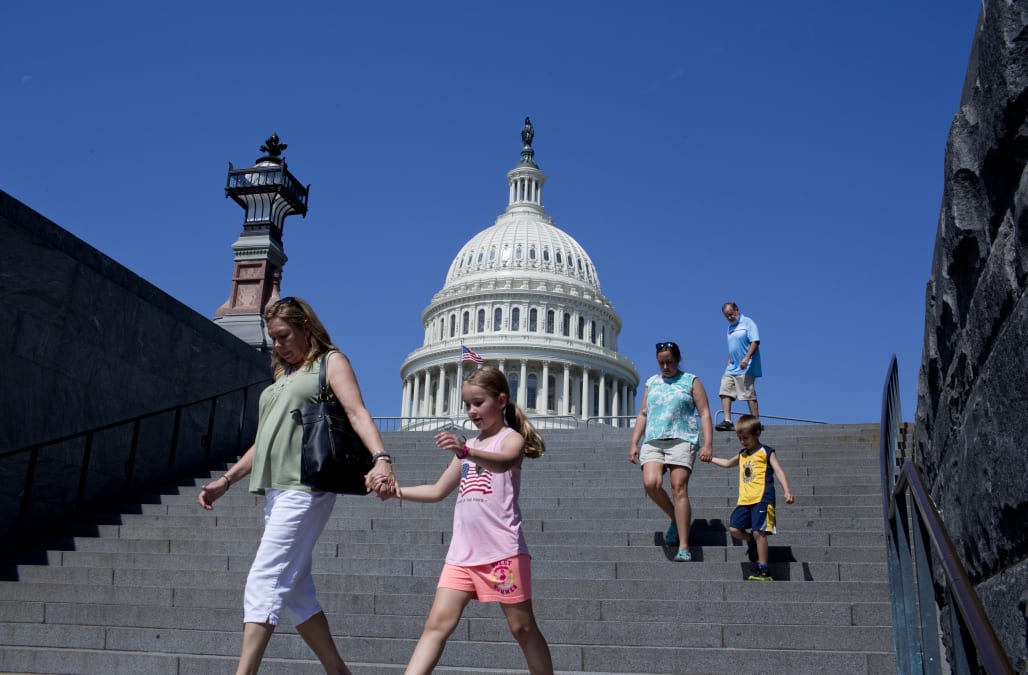 Remember during the presidential election when many celebrities and other high-profile people said they would move to another country if Donald Trump was elected president.

Well, it's 2017 and people are leaving, with more and more Americans are living abroad and renouncing their citizenship.

But, don't blame it all on the guy in the White House.

Experts say this rarely has anything to do with politics, but with taxes.

There are an estimated nine million Americans who live outside of the United States.

RELATED: Questions and answers on the US Citizenship Test

Questions and answers on the US Citizenship Test
How many amendments does the Constitution have?

The idea of self-government is in the first three words of the Constitution. What are these words?

Answer: 'We the People'

We elect a US Senator for how many years?

The House of Representatives has how many voting members?

Answers: To print money, to declare war, to create an army, to make treaties

If both the president and vice president can no longer serve, who becomes president?

Answer: Speaker of the House

What are two Cabinet-level positions?

Who wrote the Declaration of Independence?

When was the Constitution written?

CNBC says that a recent survey by Greenback Expat Tax Services shows that just over 4 out of 10 respondents wouldn't rule out ditching their citizenship.

This is partly because Americans abroad must file a report of foreign bank and financial accounts if one account outside the U.S. has over $10,000 dollars in it.

However, getting your tax information isn't as easy as the already complicated 1099 form in the U.S. is and if you don't file your FBAR you face violation fees of up to $10,000 dollars.

If you knowingly disregard the requirement, you could pay as much as $100,000 in penalties or 50% of what the balance in your account is.

More from AOL.com:
Signs of the time: Fake US immigration control posters found in Washington
Number of US visas issued to citizens of Trump travel ban nations continues to decline
US ICE enforces immigration laws one person at a time