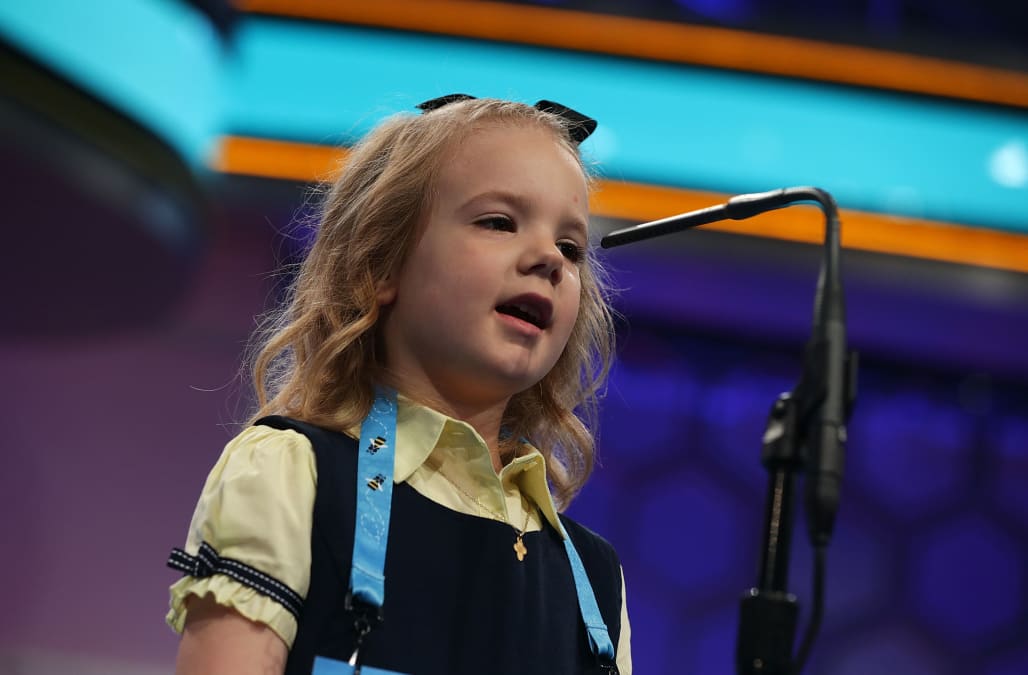 Edith Fuller made history this week as she became the youngest contestant to ever compete in the Scripps National Spelling Bee.

And in case that feat wasn't impressive enough, she qualified for the competition when she was only 5.

The 6-year-old is so small that her feet barely touch the ground when seated, making her the odd girl out on stage alongside many contestants nearly twice her size. But the homeschooler definitely won the hearts of judges and fans -- as seen in a video from the bee where she was asked to spell "nyctinasty."

Twitter reactions to 6-yr-old becoming Spelling Bee's youngest contestant
MFW I see a kindergartner correctly spell nyctinasty at the #SpellingBee as I sip my morning #covfefe https://t.co/FqISiEvcDq
6 years old spelling nyctinasty while I'm over here still switching the "i" and "e" in receive https://t.co/QmgmbeaD5u
A 6 year old just spelled Nyctinasty in the national spelling B. While I'm over here Googling: restaurant 😒
6 yr old Edith Fuller of Tulsa spelled nyctinasty correctly. Does anyone know what that means? #ScrippsNationalSpellingBee
New word of the day : Nyctinasty What some flowers e.g. poppies do ( open and close at morning and evening )
Up Next

"Nyctinasty. Will you please give me the definition?" Fller asked.

"Nyctinasty is the movement of a flat plant part as the opening and closing of some flowers that is associated with daily changes of temperature or light intensity," an official responded.

"Nyctinasty. Will you please give me the language of origin?" Fuller asked.

"It's made up of Greek elements that were probably first combined in German," the official replied.

SEE ALSO: This map of America's most commonly misspelled words is jaw-dropping

Fuller, who turned 6 last month, was the only child among the other 291 spellers younger than 8. The majority of spellers at the competition are at least 6 years older than Fuller.

And she doesn't just spell better than someone her age. She fielded questions with composure far beyond her years, telling reporters the experience "feels really exciting."

When asked if she would return the following year, Fuller replied: "I do if I don't win this time."

And by the looks of Wednesday's rounds, she has plenty of time.

According to reports late Wednesday leading into Thursday, the young wordsmith, who was just 5 years old when she qualified to compete in the bee in March, was reportedly disqualified from participating in the finals due to her performance on a written test.