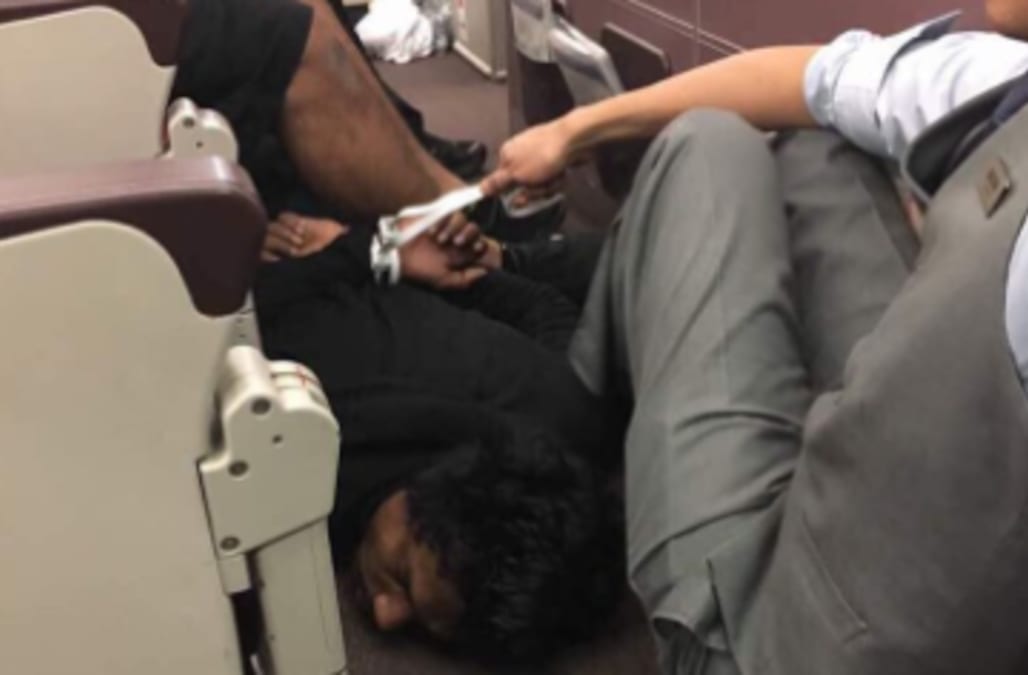 KUALA LUMPUR, May 31 (Reuters) - A Malaysia Airlines flight from Melbourne to Kuala Lumpur returned to the Australian airport shortly after take off late on Wednesday after a passenger attempted to enter the cockpit, the airline said.

The plane landed safely and the passenger was apprehended by airport security, Malaysia Airlines said in a statement, stressing that the flight had not at any point been hijacked.

Flight MH128 returned to Melbourne's Tullamarine Airport "after the operating captain was alerted by a cabin crew of a passenger attempting to enter the cockpit," the statement said. It had departed at 11:11 p.m. Melbourne time and returned at 11:41 p.m..

"Malaysia Airlines together with the Australian authorities will be investigating the incident," the statement added.

#MH128 guy drunk. In plastic cuffs. Looks like the SWAT team was despatched to the flight @MASpic.twitter.com/FL5TqTEGR3

Passengers disembarked safely from the aircraft and those affected were offered the next available flight or flights via other carriers, the airline said.

Victoria state police said in a statement that a man allegedly tried to enter the cockpit and threatened the safety of passengers and staff.

"The man did not gain entry to the cockpit. The man was subdued and a safety plan was enacted," said the statement.

Aircraft tracking website Flightradar said flights bound for Melbourne had been diverted to other airports because of the incident. Local media reports in Melbourne said the airport was in a lockdown temporarily.

Tullamarine Airport officials did not immediately respond to requests for comment.

Australia's Channel Nine News said on Twitter that other passengers had subdued the attacker and that the Airbus A330 had landed without anyone being injured.

Malaysia Airlines has seen two major airline disasters in recent years. In 2014, Flight MH370 went missing on its way from Kuala Lumpur to Beijing. Later that same year, Flight MH17 from Amsterdam to Kuala Lumpur was shot down in eastern Ukraine. (Reporting by A. Ananthalakshmi and James Regan; Writing by Praveen Menon; Editing by Catherine Evans)