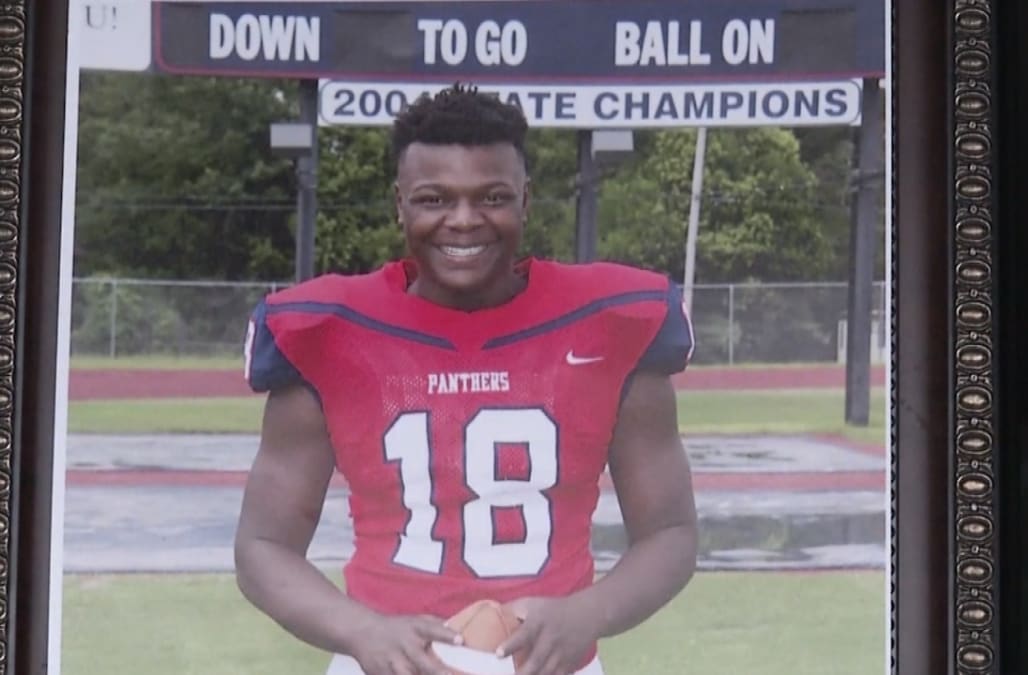 A Mississippi teen died a hero over the weekend after family says he shielded his 15-year-old cousin from gunfire in what cops have called a domestic dispute that ended up leaving eight people dead, including a police officer who responded to an initial domestic dispute call.

Jordan Blackwell, 18, was in his home in the town of Brookhaven along with his cousins Caleb Edwards, 15, and Austin Edwards, 11, and several other young poeple when his mother got a phone call about someone shot at the home of her friend some 10 miles away.

Blackwell's mother and father, Tiffany Blackwell and Shon Blackwell, left the three young men at their home in the middle of the night in order to go comfort the friend.

What the couple didn't know was that the suspected gunman, who they knew, had allegedly just killed four people, including 36-year-old sheriff's deputy William Durr, at their friend's home.

After the couple headed to the town of Bogue Chitto, cops say the friend's estranged husband showed up to their home with a gun and began shooting through their door.

Once inside, cops say the suspect, 35-year-old Willie Corey Godbolt, encountered Jordan, who shielded Caleb with his body.

After asking where his parents were, cops say Godbolt fatally shot Jordan and Austin.

Two more people were subsequently killed at a third home, both of them were in their 40s, according to police.

"Suicide by cop was my intention. I ain't fit to live." Willie Corey Godbolt, Shooting suspect

Godbolt was arrested Sunday morning in Brookhaven, seven hours after the rampage began. He is currently in a hospital being treated for a gunshot wound, though it is unclear who shot him.

Authorities say they plan to charge him with capital murder in Durr's death and seven counts of first-degree murder in the others.

According to the Clarion-Ledger, Godbolt expressed remorse for killing Durr, a Lincoln County Sheriff's Deputy, as he was arrested early Sunday.

"My pain wasn't designed for him. He was just there," Godbolt said. "We was talking about me trying to take the children home ... somebody called the officer ... that's what they do, they intervene. It cost him his life. I'm sorry."

Godbolt reportedly went on to say: "Suicide by cop was my intention. I ain't fit to live."

However, Godbolt will survive his injuries. Now family of his alleged victims must square that with their catastrophic loss.

That includes Caleb's mom, Shayla Edwards, who accompanied Tiffany Blackwell into her home, where the lifeless bodies of Austin and Jordan remained in the living room.

"A nightmare. I couldn't believe when I walked in the house. I saw his body on the floor, and my nephew on the couch. My sister and I were trying to wake them up, we told them to get up, but they didn't," she said.