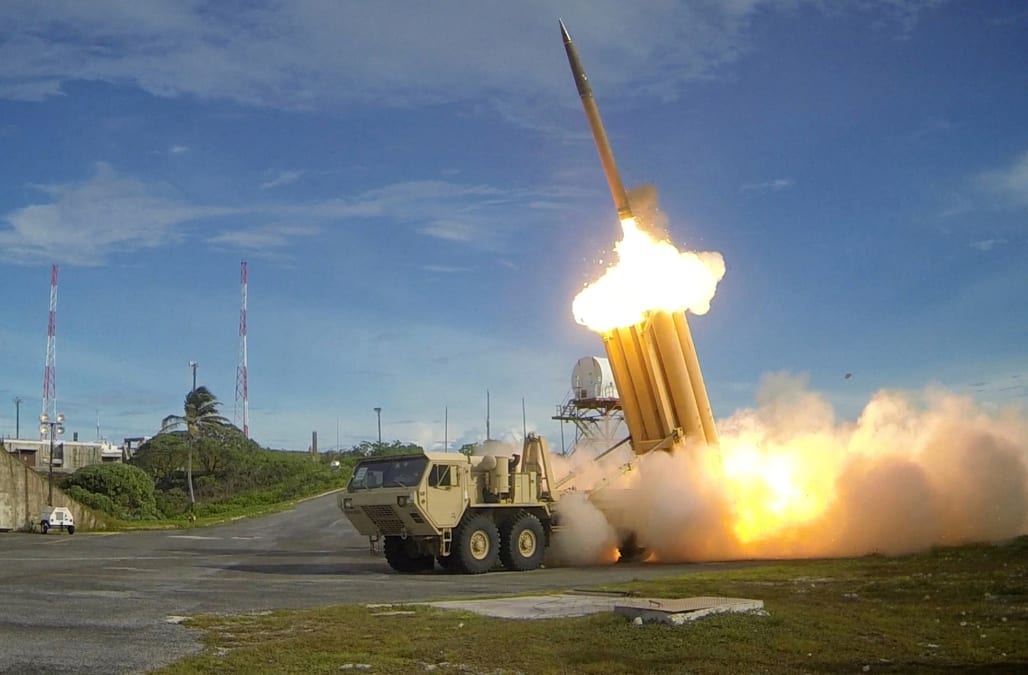 SEOUL, May 30 (Reuters) - South Korean President Moon Jae-in has ordered a probe after the Defence Ministry failed to inform him that four more launchers for the controversial U.S. THAAD anti-missile system had been brought into the country, his spokesman said on Tuesday.

The Terminal High Altitude Area Defense (THAAD) system battery was initially deployed in March in the southeastern region of Seongju with just two of its maximum load of six launchers to counter a growing North Korean missile threat.

During his successful campaign for the May 9 presidential election, Moon called for a parliamentary review of the system, whose deployment has also infuriated China, North Korea's lone major ally.

"President Moon said it was very shocking" to hear the four additional launchers had been installed without being reported to the new government or to the public, presidential spokesman Yoon Young-chan told a media briefing.

Moon had campaigned on a more moderate approach to Pyongyang, calling for engagement even as the reclusive state pursues nuclear weapons and ballistic missile programs in defiance of U.N. Security Council resolutions and threats of more sanctions.

The U.S. military in South Korea did not have immediate comment on Moon's comments. The South Korean military also did not immediately comment.

Moon's order of a probe into the THAAD launchers came amid signs of easing tensions between major trading partners South Korea and China.

South Korea's Jeju Air said on Tuesday China has approved a plan to double its flights to the Chinese city of Weihai from June 2.

China has been incensed over the THAAD deployment, fearing it could give the U.S. military the capability of seeing into its own missile systems, and could open the door to a wider deployment of the system, possibly in Japan and elsewhere, military analysts say.

China has denied it had discriminated against South Korean companies, which have faced product boycotts and bans on Chinese tourists visiting South Korea.

A Korean-Chinese joint drama "My Goddess, My Mom" starring South Korean actress Lee Da-hae, whose broadcast had been indefinitely delayed in China, was told by its Chinese partner recently that it will soon be aired, according to JS Pictures, Lee's agent.

An official at South Korean tour agency Mode Tour told Reuters it hoped China may lift a ban on selling trips to South Korea, which had been in place since March 15, as early as the second week of June.

Although there have been no official orders from the Chinese government to lift the ban, a few Chinese travel agencies have sent inquiries about package tours, he said.

However, Lotte Group has yet to reopen any of the 74 retail stores in China it was forced to close in March after the group allowed South Korea to install the THAAD system on land it owned.

The United States, which has 28,500 troops stationed in South Korea, has a mutual defense treaty with Seoul dating back to the end of the 1950-53 Korean War, which ended in a truce that has left the peninsula in a technical state of war.

Japanese Prime Minister Shinzo Abe talked to Moon by phone on Tuesday, Japan's Foreign Ministry said in a statement, and both agreed that North Korea's continued provocations were unacceptable.

Abe told Moon that dialog for dialog's sake with North Korea would be meaningless, and that China's role in exerting pressure on the North was important.

Kim said North Korea would develop more powerful weapons in multiple phases in accordance with its timetable to defend North Korea against the United States.

"He expressed the conviction that it would make a greater leap forward in this spirit to send a bigger 'gift package' to the Yankees" in retaliation for American military provocation, KCNA quoted Kim as saying. (Additional reporting by Jack Kim, Hyunjoo Jin, Christine Kim and Suyeong Lee in Seoul and Kiyoshi Takenaka in Tokyo; Writing by Bill Tarrant; Editing by Nick Macfie)