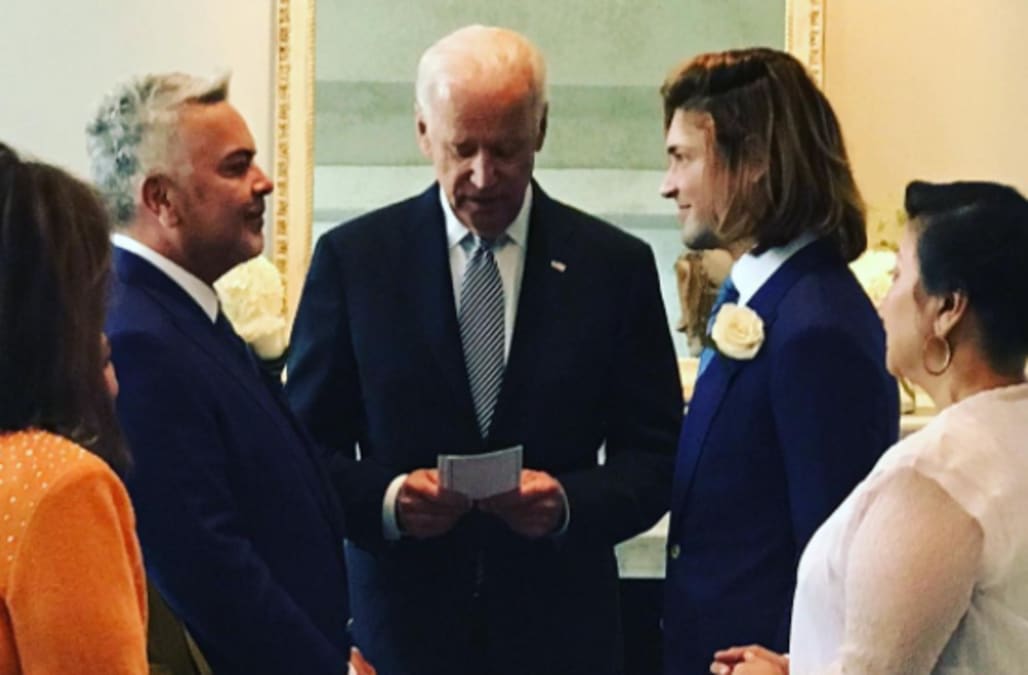 This marks the second same-sex wedding Biden has officiated; the first was last summer between two White House staffers:

USA Today reported that Muñoz was the first Latino to become the DNC's national finance chairman. He started the role in 2013 under former President Obama.

See the former vice president throughout his career