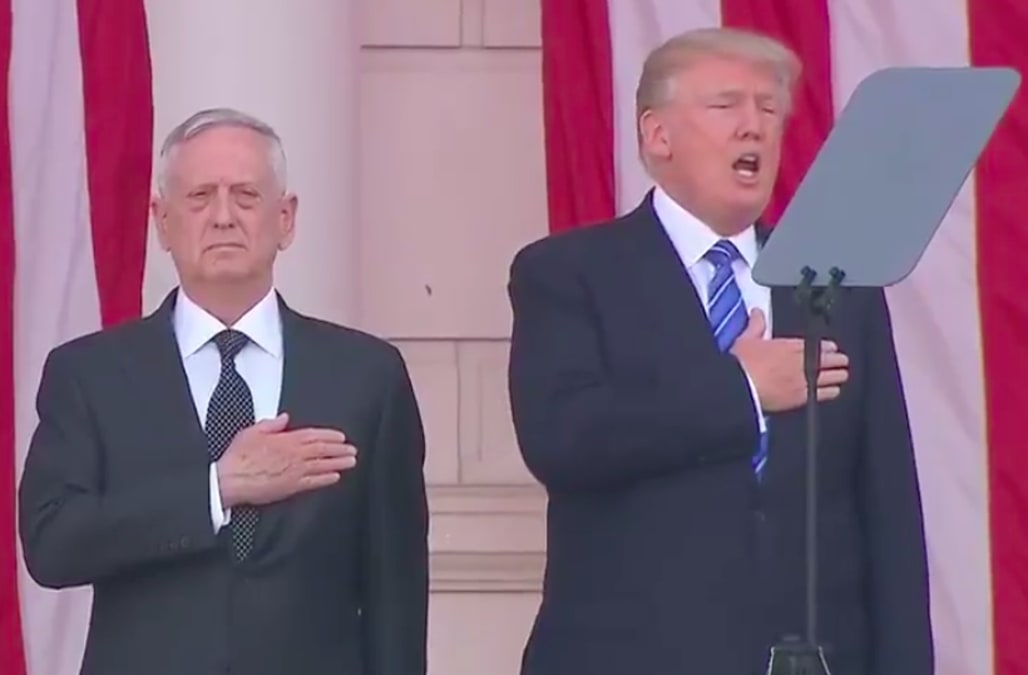 President Donald Trump joined Vice President Pence, Gen. James Mattis among other leaders at the Tomb of the Unknown Soldier on Memorial Day, where he paid a solemn tribute to the lost soldiers and participated in a wreath-laying ceremony.

And during the festivities, the president sang along to the "Star-Spangled Banner" during the opening of the ceremony -- a portion of the event which has since been picked apart by Twitter upon its debut.

President Trump starts singing along with the national anthem at Arlington Cemetary #MemorialDaypic.twitter.com/wb383smSFy

Trump's voice could not be heard over the orchestra, but that has not stopped tweeters who were less than amused with the president's demeanor during the somber event.

"Trump theatrically singing the national anthem like a 1st grader while Mattis looks like he's about to cry ... in rage and disgust," one person tweeted while another wrote, "He was dancing and singing to himself. It was a show about Trump. He looked like an idiot."

Several users speculated that the president, who stopped singing at several points oft the song, forgot part of the lyrics.

He forgot half of the words! Trump is such a egotistical attention seeker always trying to "one-up" everyone, but just makes himself an ass!

Others thought Trump appeared "jovial" swaying and singing during the ceremony in contrast to Mattis, who stood' straight-faced next to him.

As trump bops his way during a solemn ceremony, singing and making an idiot out of himself, I am embarrassed for this country. Beyond sad.

However, many users defended the president and saw nothing wrong with the president singing along to the country's national anthem.

The melodramatic attacks on everything trump does is transparent and disgusting. Nothing wrong with singing the national anthem at Arlington

I am not even close to being a fan of Trump, but what's wrong with your president singing your national anthem?

See some of the social reactions to the buzzed-about moment: