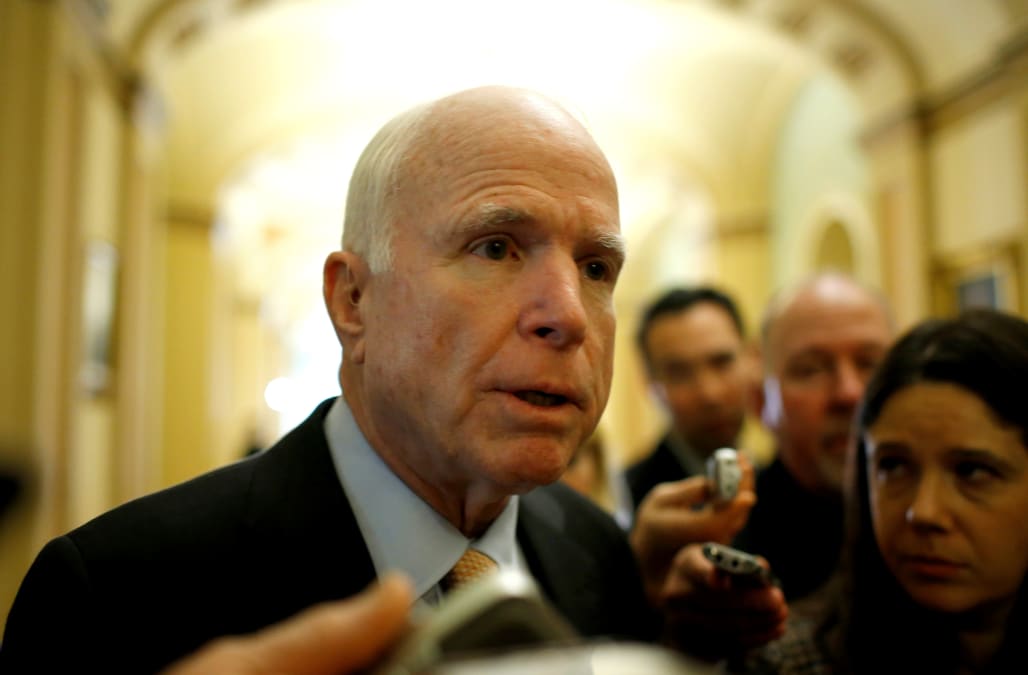 McCain appeared on Australian Broadcasting Corporation's program "7:30." He acknowledged the terror and damages terrorist groups have inflicted, but he said, Russian activities threaten the core of the country saying, "But it's the Russians who tried to destroy the fundamental of democracy that is to change the outcome of an American election."

He said he has seen "no evidence" that Moscow successfully influenced the election, but said the Russians tried and are still trying.

On President Donald Trump, McCain said he "makes him nervous from time to time," but believes Trump has "great confidence" in his national security team and believes he takes their advice.

McCain is in Australia for security talks in the nation's capital.

See McCain through the years