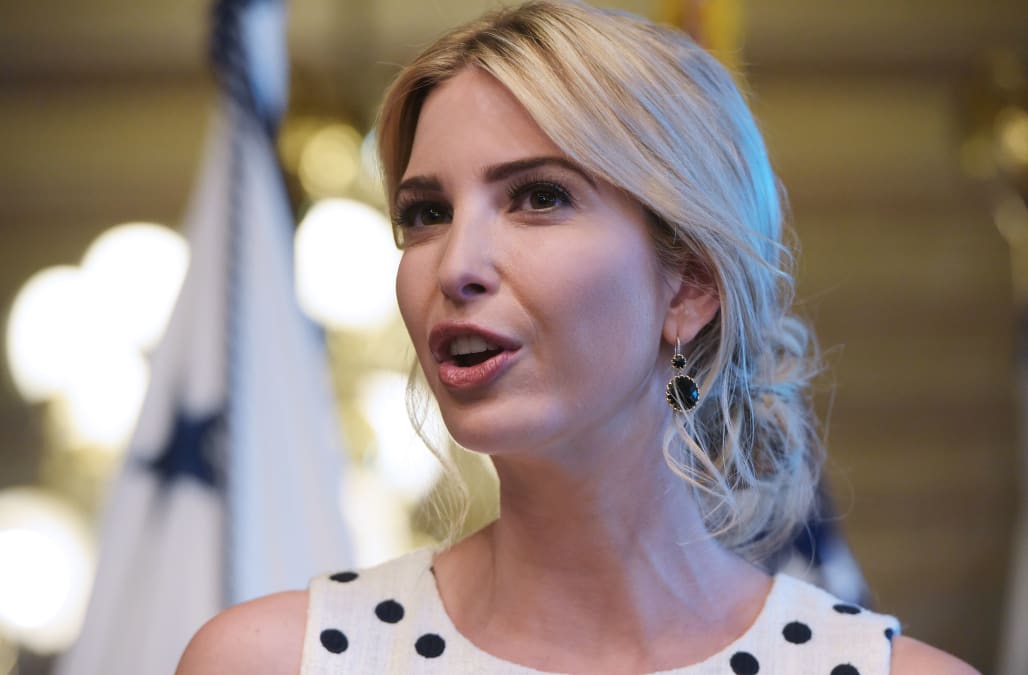 ​​​​​​Ivanka Trump is facing backlash after an official Twitter account linked with her lifestyle brand made what some believed was an inappropriate suggestion for Memorial Day.

The post also linked to a page on IvankaTrump.com which provided a list of ideas for the holiday, described as the "Kickoff to Summer," including having a picnic or BBQ, wearing white, and listening to music.

In response, some social media users mocked the initial idea and tried to remind Ivanka about the true significance of the holiday; one person posted a picture of flag-draped caskets with the caption, "Remember our sacrifice by making champagne popsicles."

Another person posted an old picture of a young man and wrote, "Ivanka, this is my father. He served 6 tours in Vietnam and doesn't give a f*** about your champagne popsicles today. #MemorialDay #Veteran."

Meanwhile, some others were still critical but less harsh, with someone else responding, "I think this is @IvankaTrump's brand and not her personal tweet, but it's still incredibly tone deaf."

Ivanka did, in fact, issue a message observing fallen veterans on her individual account; the first daughter tweeted on Monday, "Today we honor the men & women in our armed forces who have lost their lives to protect our freedom. Thank you for your service #MemorialDay."