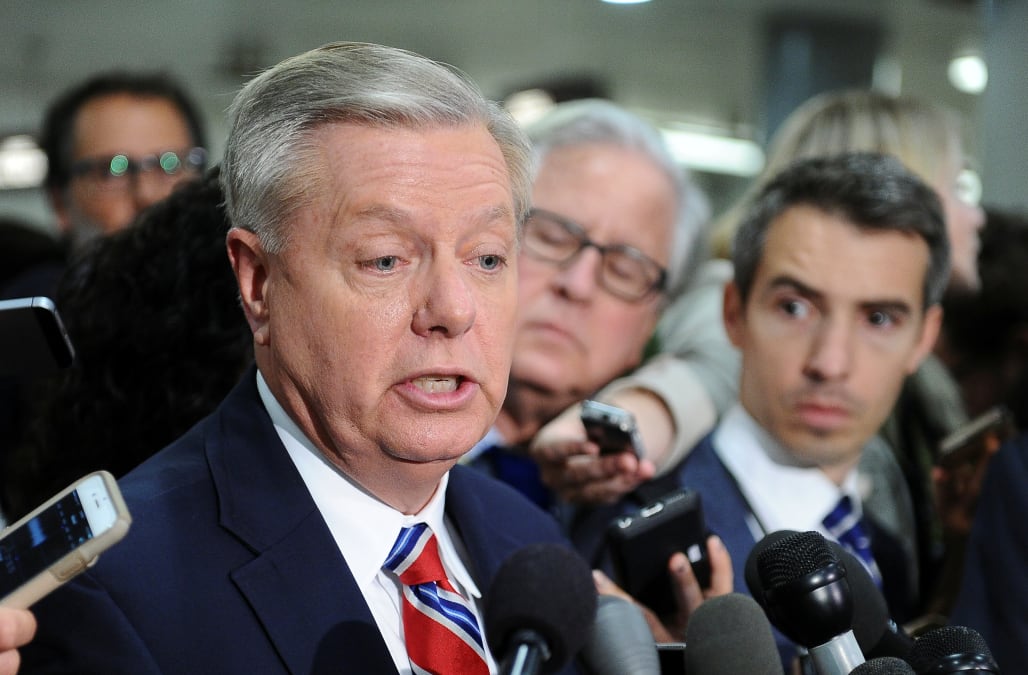 Sen. Lindsey Graham (R-S.C.) said it would be "incredibly incompetent" of former FBI Director James Comey if he'd taken a suspicious Russian intel document as the impetus to publicly roast Hillary Clinton over her use of a private email server, CNN reported.

The document — which described a purported email between former Attorney General Loretta Lynch and a Clinton staff member, in which Lynch promised to limit an FBI investigation into the server — may have prompted Comey to hold a press conference meant to hold Clinton to account. Graham said Comey told members of Congress he had obtained the "highly explosive" material — but apparently declined to mention that the FBI's own analysts thought it was incorrect or a deliberate fake.

Photo by Jay Paul for The Washington Post via Getty Images

Photo by Andrew Burton for Reuters
Up Next

"He talked to members of the Senate and House intel committee that he was sitting on emails that the Russians had between the Democratic Party and the Department of Justice that were highly explosive," Graham said Sunday on CNN's State of the Union. "He never once told a member of the House or the Senate that he thought the email was fake.

"I can't imagine a scenario where it's OK for the FBI director to jump in the middle of an election based on a fake email generated by the Russians and not tell the Congress."

All parties allegedly involved in the email exchange have denied knowledge or that the email was sent. The possibility exists that the document was faked by Russian intelligence services as part of a broader attempt to cast doubt on the legitimacy of the 2016 elections; as FiveThirtyEight reported, Comey's handling of the email investigation likely contributed to Clinton's loss to Donald Trump.

More from Mic.com:
James Comey acted to protect the email inquiry based on information he knew was false
A shady Russian intel report may have pushed Comey to rip Clinton over emails
Clinton tells Wellesley graduates to persist: "They may even call you a 'nasty woman'"