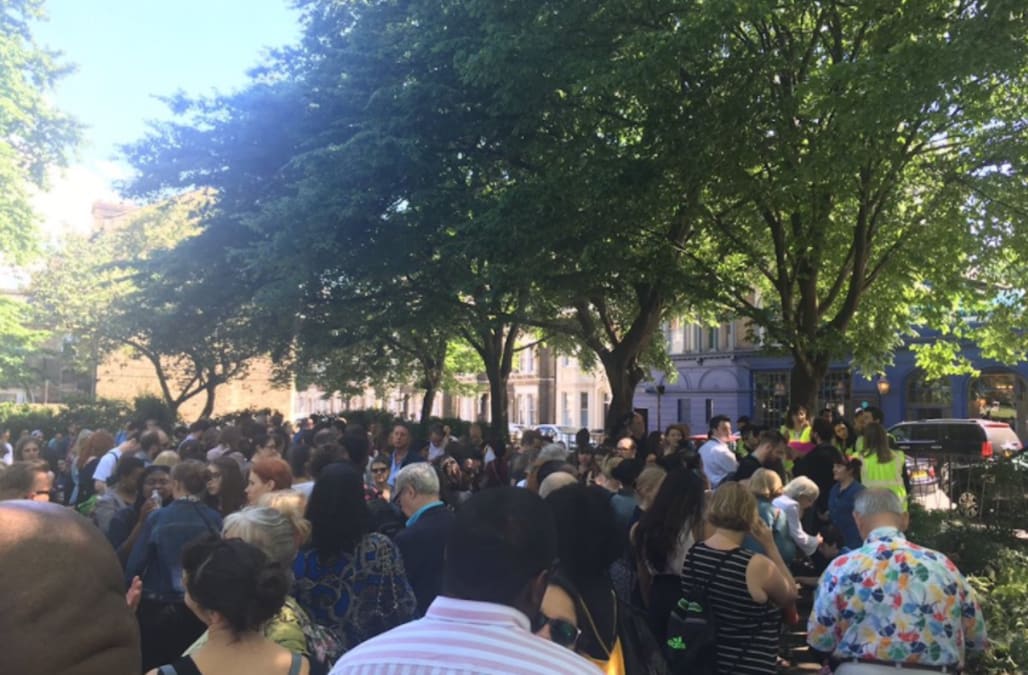 LONDON — More than 1,000 people have been evacuated from the Old Vic theatre in central London after a "security alert."

The area has been cordoned off, and the hundreds of attendees, staff and cast members have been led to the Imperial War Museum nearby.

Photos and videos posted on Twitter show a police cordon around the building and officers investigating.

One attendee told Business Insider there were "police, dogs and ambulances everywhere. Very weird and scary."

Alicia Melville-Smith, a BuzzFeed News reporter who was evacuated from the venue, wrote on Twitter: "Police are searching bins in the nearby park. Just overheard an officer say nothing has been found so far ... Shops and pubs nearby also evacuated. Closing doors to Waterloo station on the Waterloo Road side."

Actor Jemma Burgess hailed the Old Vic's staff's role in the evacuation, writing: " Such efficiency and professionalism from management and the front of house team ... Evaluating everyone within minutes."

The evacuation came around 10 minutes into a matinee performance of Woyzeck, a play about a German soldier, starring "Star Wars" actor John Boyega. The theatre has a capacity of more than 1,000, and front-of-house employee Liam Joseph said the theatre was full for the performance.

A Metropolitan Police spokesperson said in a statement, via the Evening Standard: "Police were called at 14:38pm on Saturday, May 27, to The Cut, Waterloo, to a report of a security alert at a theatre.

"The theatre took the decision to evacuate the building.

"Road closures have been put in place.

Specialist officers are on the scene."

The evacuation of the Waterloo venue comes at a period of heightened tensions in Britain, less than a week after a suicide bombing at the Manchester Arena killed 22 people and injured another 120.

This story is developing ...