Blue whales weren't always the giants they are today 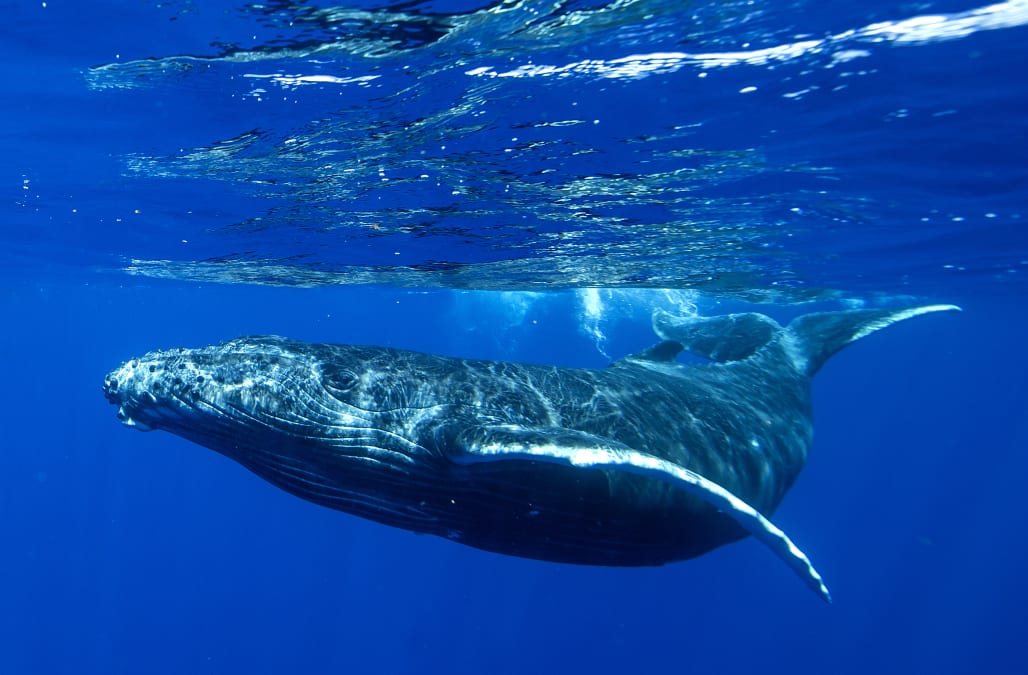 Blue whales are the biggest animals ever to live on Earth. But according to a new study, they only got that way recently.

Researchers examined whale skulls and found that their large size only showed up in the family tree about 2 to 3 million years ago at the beginning of an ice age.

"We live in a time of giants right now," said Nick Pyenson, curator of fossil marine mammals at the Smithsonian National Museum of Natural History. "The whales we have today are substantially bigger than anything we find in the fossil record."

The team says the whales' larger size was likely due to increasing ice sheets in the Northern Hemisphere. More ice meant more runoff, carrying nutrients into the ocean and boosting food supply in certain locations and at specific times of the year.

SEE MORE: Why Do Whales Beach Themselves? Scientists Have A Few Theories

"It makes sense if you're a large baleen whale to be even larger to make efficient use of that distinct dense quantity of prey," Pyenson said. "Being very large allows you not just to make good on that prey patch when you find it, but also allows you to migrate very long distances to undertake that kind of feeding style."

But the blue whale isn't done growing. A 2011 study found whales are still getting bigger.

The scientists behind this latest study say they hope their findings will shed light on the survival of this species — especially in the age of humans.

"Looking at the fossil record gives us this view over large periods of time that is incredibly important right now, because the planet is changing in geologic scales and rates within human lifetimes," Pyenson said. "The past can provide us with windows into the possible states of the future."

More from Newsy:
Mark Zuckerberg Does Not Want To Be Your Next Politician
Another European Country Is Ditching Nuclear Power
Trump's Budget Would Make It Harder To Clean Up Highly Polluted Sites