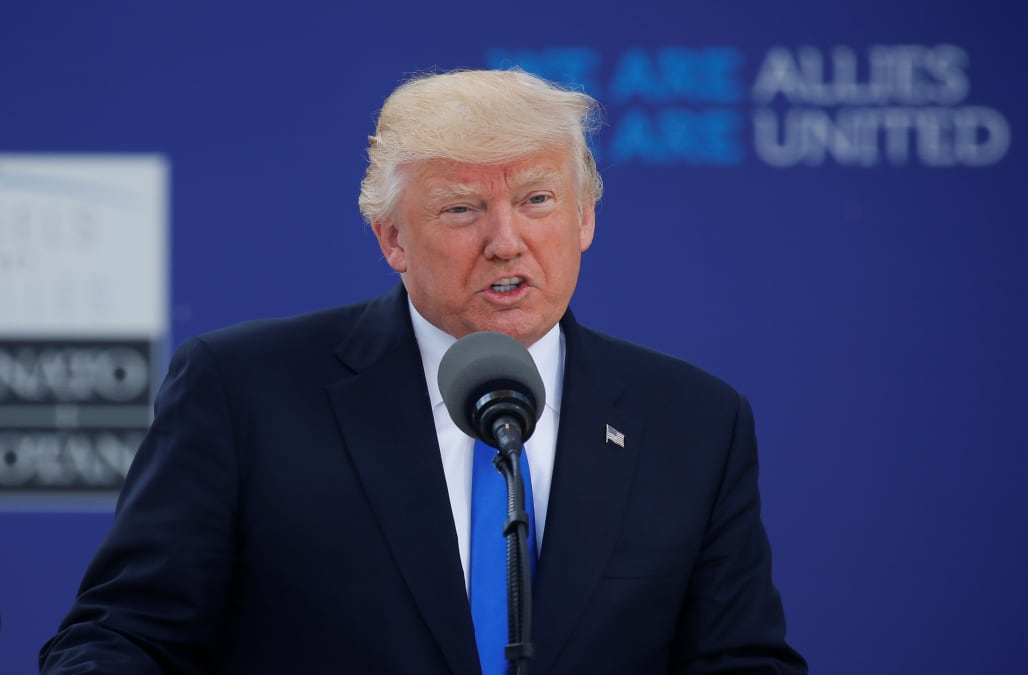 During his first international tour, Donald Trump made a stop in Brussels to meet with NATO officials -- and footage suggests it wasn't a perfectly smooth encounter.

While walking with his peers, the president appears to shove Montenegro's prime minister, Dusko Markovic, out of the way so that he could be at the front of the group.

Did Trump just shove another NATO leader to be in the front of the group? pic.twitter.com/bL1r2auELd

Here it is again in slow motion:

Slo-mo: Trump appears to push aside/shove another NATO leader to get to the front of the group. pic.twitter.com/K0OC6QnEL4

See how people are reacting to the apparent shove:

Video seems to show Trump shoving NATO leader to get in front of him
@SteveKopack The guy in the back with the lanyard knows.
@SteveKopack this new Attenborough doc is weird https://t.co/jEzj3nWjkR
@SteveKopack I don't suppose there's any chance of getting the audio on that conversation?
@SteveKopack Yeah, sorry world. We have turned into a #BananaRepublic.
@SteveKopack People must stop accepting this behavior. Do not be nice to him when he bullies people! Shame him in person!!!
@SteveKopack Why not? The US is paying for this organization.
@SteveKopack @teamdenmom I have to say, that's kind of a NYC thing to do in a crowd. But certainly not acceptable i… https://t.co/jcyhc5hli5
Up Next