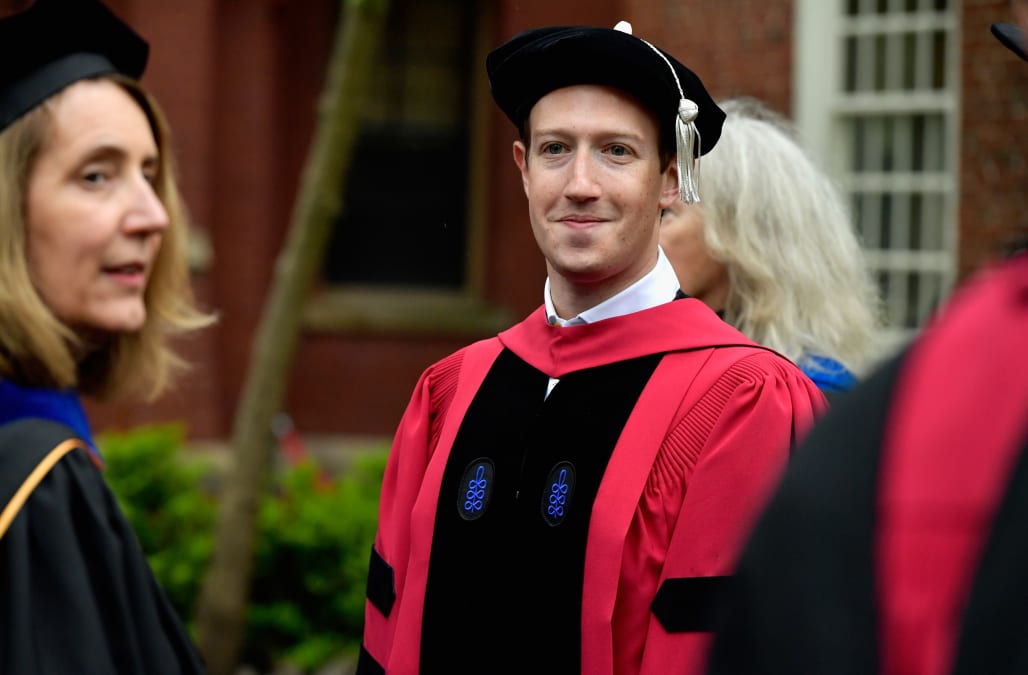 Days after Harvard dropout Mark Zuckerberg returned to the Yard (and visited out in his old room), a mischievous prankster accessed Harvard's newspaper The Crimson to tell him what they really thought of him. 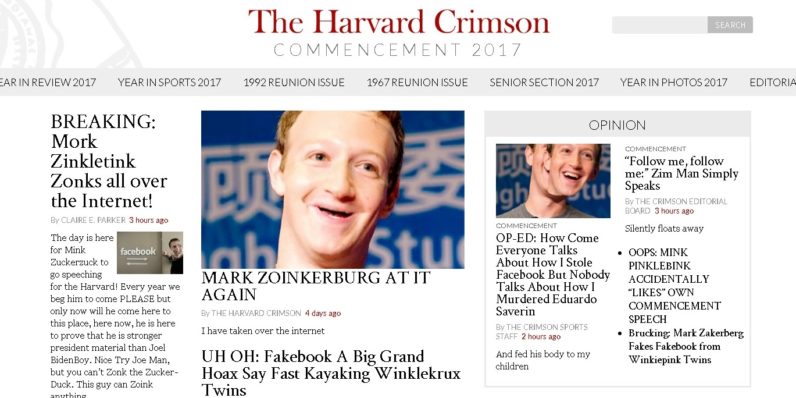 The hacker accessed the site hours before Zuckerberg gave the commencement speech to Harvard's class of 2017. The newspaper's front page was covered with digitally-altered images of Zuckerberg, with such pithy headlines as "MARK ZOINKERBURG AT IT AGAIN" and ""Zuck! Zuck! Zuck!" cheers Zuck at commencement."

A spokesperson from The Crimson told Gizmodo:

Earlier today, The Harvard Crimson's website was altered by an unauthorized user. We are currently working to repair the breach. We regret any inconvenience to our users and look forward to the rest of Commencement.

While it's undoubtedly a nuisance, I think the paper's staff should be happy the user didn't post anything more NSFW. The Crimson's front page is now back to normal, but we'll always have screenshots.