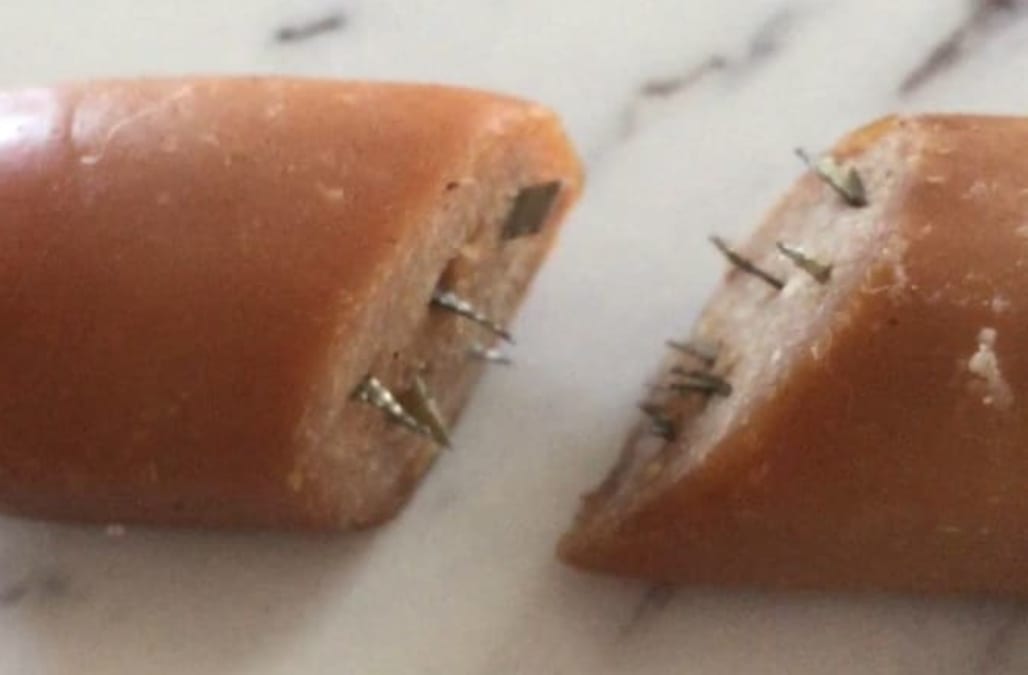 Dog owner Emma Medeiros took to Facebook on Wednesday to warn others about a horrific and potentially life-threatening discovery she made in her own backyard.

Medeiros says she took her beloved dogs, Pandora and Ophelia, out in her yard to pee when one of the dogs began sniffing an out-of-place piece of meat that had been left on the ground.

Upon closer inspection, the Saskatchewan, Canada, resident realized the questionable meat was a cut up hot dog with a bunch of razor blades stuffed inside each piece.

Since this appeared to be a deliberately malicious act, Medeiros shared footage of the deadly meat on Facebook to warn other area residents.

Since she posted the cautionary footage, it has been viewed over 350,000 views and has racked up over 8,700 shares.

Medeiros told BuzzFeed Canada that she reported the incident to the police and the Regina Humane Society, noting she has no idea what type of person could do such a thing.

"I don't think I have ever been so shocked in my life," she told the outlet. "It astounds me that someone would want to hurt my precious dogs, or any dog in that manner."