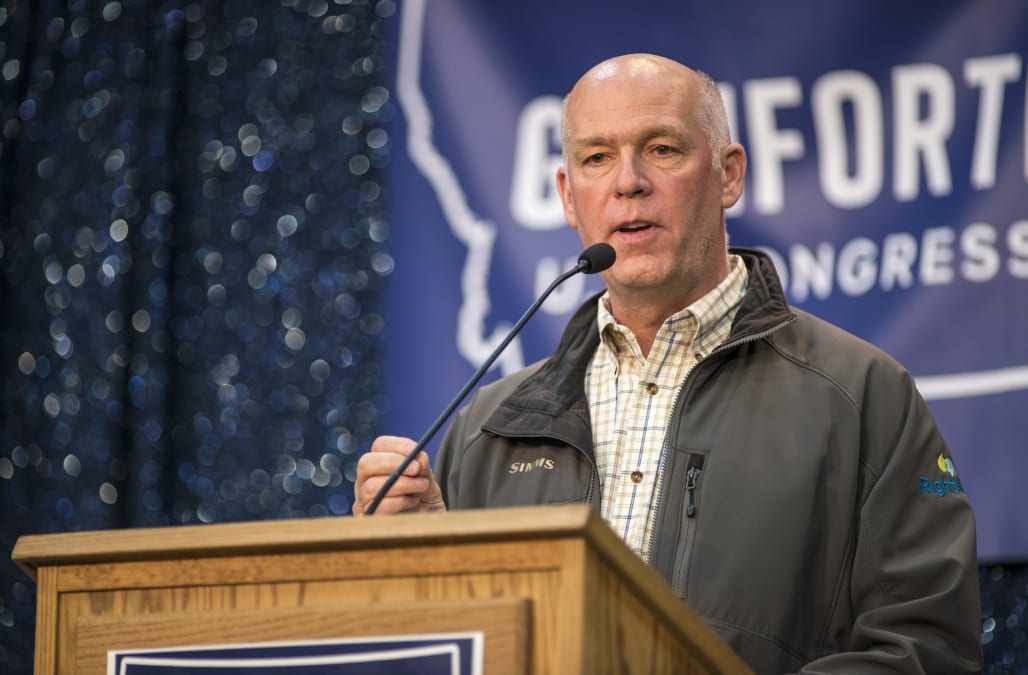 Montana Republican Greg Gianforte allegedly body-slammed a reporter the night before a special election, and Democrats are hoping to capitalize on the incident when voters head to the polls on Thursday.

On Wednesday, Guardian reporter Ben Jacobs attempted to ask Gianforte about the Congressional Budget Office's report saying that the Republican healthcare plan that passed the House of Representatives would leave 23 million Americans uninsured.

In a move witnessed by Fox News and captured in audio by Jacobs, Gianforte reportedly grabbed Jacobs and slammed him to the ground, breaking his glasses.

"I'm sick and tired of you guys," Gianforte is heard saying on the audio recording. "The last time you came here you did the same thing. Get the hell out of here!"

SEE ALSO: Trump's budget would allow wild horses to be sold to slaughterhouses

It's unclear whether the incident will seriously affect the election for the House of Representatives seat vacated earlier this year by current Interior Secretary Ryan Zinke. It's possible that two-thirds of Montana voters have already cast their ballots in early voting, according to 538. And recent polls have showed the GOP candidate leading by as little as five points and as much as 14 points.

The Montana contest has become the focus of national attention as Democratic enthusiasm has made traditionally safe red districts competitive. Gianforte himself admitted earlier this week that the race is "closer than it should be."

Democratic challenger Rob Quist has raised $6 million for the race, a massive haul for an off-year special election in a state President Donald Trump won in November by 20 points.

Watch ads from DCCC and Move On: