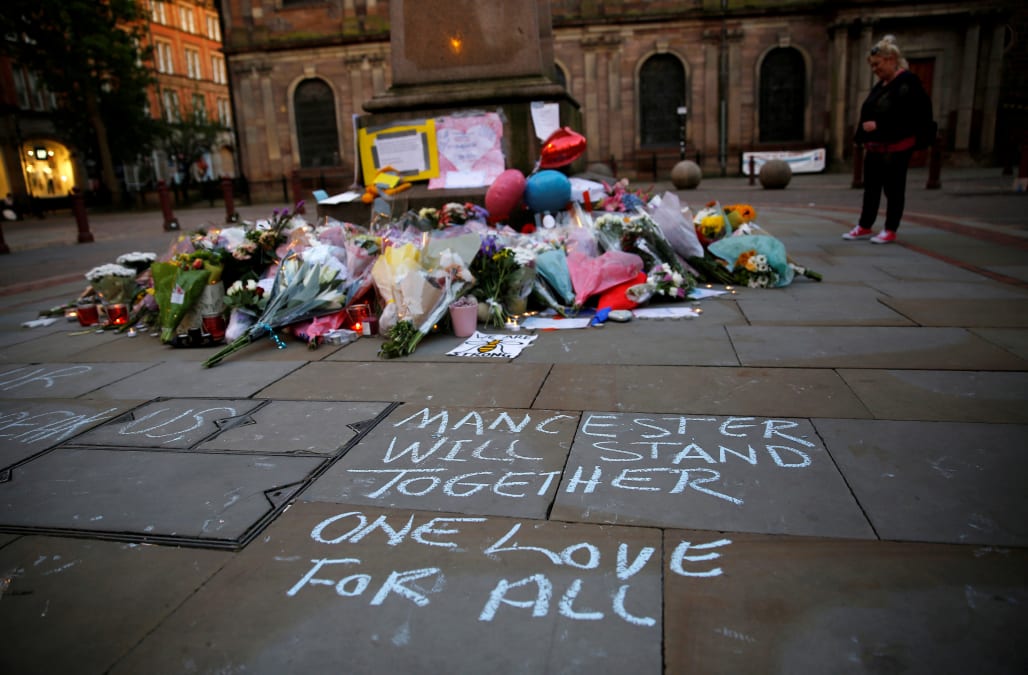 LONDON — Britain has resumed sharing intelligence with the US, as police make progress in tracking down bomber Salman Abedi's terror network.

On Thursday morning, UK officials stopped handing over information relating to the bombing of the Ariana Grande concert in Manchester following a series of leaks to American media.

But Britain's most senior counter-terrorism officer said this evening that the matter has been resolved after "receiving fresh assurances." In a statement, National Police Chiefs Council Assistant Commissioner Mark Rowley said:

"While we do not usually comment on information sharing arrangements with international law enforcement organisations we want to emphasise that, having received fresh assurances, we are now working closely with our key partners around the world."

Prime Minister Theresa May said today she would "make clear" to President Trump that intelligence shared between UK and US must not be leaked and "remain secure." Trump condemned the information breaches as "deeply troubling."

The wobble in diplomatic relations came as Greater Manchester Police arrested two more men on Thursday morning, in their investigation of the bombing at Manchester Arena earlier this week. Eight suspects are now in custody.

Chief Constable Ian Hopkins said on Thursday afternoon that the arrests were "significant" and the police also seized "very important" items related to the investigation.

At least three other raids were conducted around Greater Manchester on Thursday as police hunt more information about the attack, which killed 22 people and injured at least 64 others. The searches took place in Wigan, Withington, and Moss Side.

Wigan Lane in Wigan was a hive of activity on Thursday evening. Bomb disposal vehicles, armed police, and an ambulance were on the scene, while properties were evacuated by police, according to people on the ground.

Police said they recovered "potentially suspicious items" in the search, relating to an arrest made on Wednesday. They confirmed that residents had been evacuated as "public safety is paramount." The police cordon was later lifted and people were allowed to return to their homes.

There's a large group of people gathered at the police cordon - most of the properties on Wigan Lane have been evacuated. pic.twitter.com/lv8DSi2ULy

Meanwhile, the Telegraph says Abedi was "repeatedly flagged to the authorities over his extremist views, but was not stopped by officers." The report cited Mohammed Shafiq, chief executive of the Ramadhan Foundation, who said: "People in the community expressed concerns about the way this man was behaving and reported it in the right way using the right channels. They did not hear anything since."

The British Transport Police also announced on Thursday afternoon that armed police officers are patrolling trains across the country for the first time, while there have been a number of false alarms about other terror activity.

There was a bomb scare in the Hulme area of Manchester on Thursday. Just after 11.30 a.m. local time, the police said the "cordon in Hulme has been removed and [a] possible suspicious package deemed safe." Westminster Bridge in London was also closed briefly because of an unattended vehicle.

Meanwhile, the Queen was in Manchester, visiting some of the 64 injured on Monday. She condemned the attack as "wicked" while speaking to patients in hospital.

The Health Service Journal (HSJ) reported that England's 27 major trauma centres are being told to prepare for another possible terrorist attack over the Bank Holiday weekend.

We are learning more about Abedi's movements before his attack

We are also beginning to learn more about the movements of Abedi, the prime suspect in the suicide attack, in the days before the killings.

He was reportedly in Dusseldorf four days before the bombing, says Sky News citing German intelligence. CCTV footage was taken of Abedi moments after he bought the rucksack that he used his attack, which carried an improvised bomb.

Ian Katz, the editor of BBC show "Newsnight," reported on Thursday that Abedi phoned his mother "shortly" before he carried out his attack. The information came from a Libyan security official, he said.

The first clear video of Manchester bomber Salman Abedi has been published by Sky News. The video, captured by a neighbour in the Fallowfield region of Manchester, shows the terrorist putting out the bins in a distinctive brown hooded garment.

Abedi, 22, was radicalised during trips to Syria and was previously known to British intelligence services, officials said.

Chief Constable Ian Hopkins said on Wednesday afternoon. "I think it's very clear that it's a network that we are dealing with."

The further two arrests come just a day after Abedi's brother, 23-year-old Ismail Abedi, was arrested in Chorlton, in south Manchester, in connection with the attack. His younger brother, Hashem Abedi was arrested by a Libyan counterterrorism unit for allegedly "planning to stage an attack" in Tripoli, Libya, where his father Ramadan Abedi was also detained, according to the Washington Post.

Earlier this week, Ramadan Abedi told the press that when he spoke to his 22-year old son five days before the attack, he sounded "normal."

He said: "We don't believe in killing innocents. This is not us." He said that his son had visited Libya a month-and-a-half ago and was planning to visit Saudi Arabia. Here was Ramadan Abedi before he was detained: 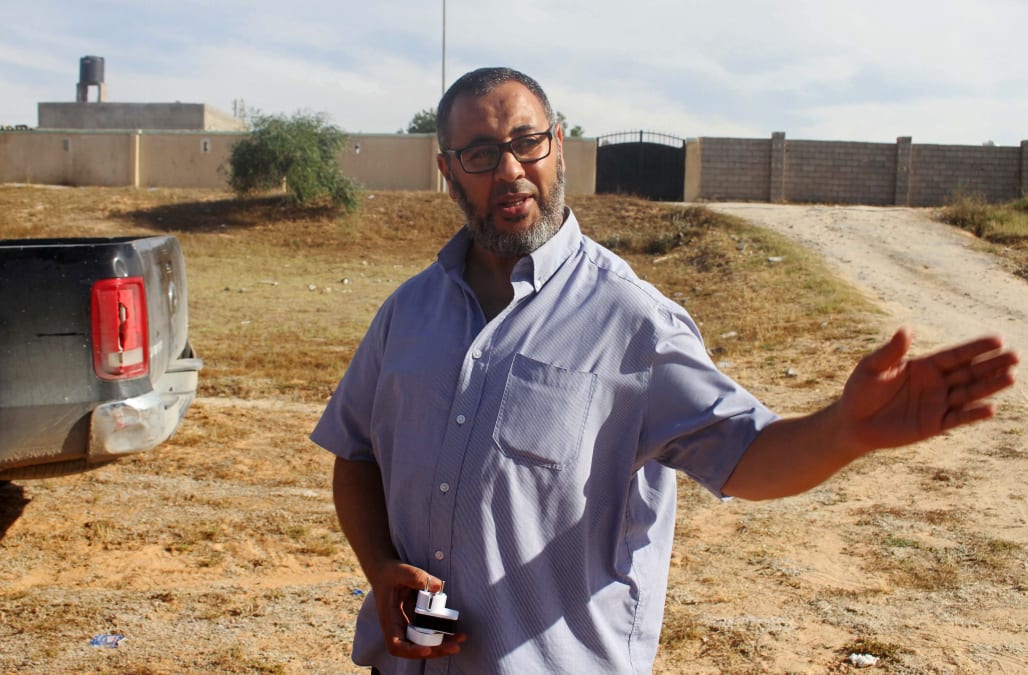 Late Wednesday, police surrounded a large block of flats in Blackley, and arrested a woman in the raid. For a brief period residents were prevented from entering or leaving their homes and a small detonation was heard — probably from the police entering the apartment. The woman was later released without charge.

According to Sky, Hostey "sponsored hundreds of terror recruits."

Britain stopped sharing intelligence with the US

Separately, Manchester Mayor Andy Burnham has confirmed that intelligence relating to the Manchester investigation will no longer be shared with America following a series of leaks to US press. He told CNN:

"It has been compromised by the leaks and we can't afford anymore, so we've taken a temporary decision to say let's clear it out and draw a line, let's not have a row that lingers on.

"Nobody wants that. But equally we have to make our opinions clear so we can get this relationship back to where we all want it to be."

As US President Trump visits NATO headquarters in Brussels, the UK government has criticised US officials for leaking sensitive information and photos of the attack. The latest leaks came in the form of crime-scene photos published by the New York Times.

Senior US Congressman Mike McCaul, a Texas Republican, also told the Associated Press that the explosives used in the Manchester attack were the same as those used in the Paris attacks in November 2015 and in Brussels in March 2016.

The British government suppressed its anger for most of Wednesday at leaks about the investigation. But The Guardian reported late in the evening that the government was "furious" that the photos ended up in the New York Times:

"We are furious. This is completely unacceptable. These images leaked from inside the US system will be distressing for victims, their families and the wider public. The issue is being raised at every relevant level by the British authorities with their US counterparts."

"The images and information presented were neither graphic nor disrespectful of victims, and consistent with the common line of reporting on weapons used in horrific crimes.

"We have strict guidelines on how and in what ways we cover sensitive stories. Our coverage of Monday's horrific attack has been both comprehensive and responsible."

US President Donald Trump saidin a statement at NATO that intelligence leaks reportedly coming out of US government agencies are "deeply troubling:"

POTUS statement on leaks in Manchester case..provided by WH: "The alleged leaks coming out of government agencies are deeply troubling..." pic.twitter.com/w8IZX4unqy

More victims are being named

Meanwhile, 21 victims, out of the 22 killed from the suicide bombing at Manchester Arena on Monday, have been named, while others remain missing.

19-year-old Liam Allen-Curry is among the victims:

We are devastated to learn 19-year-old Liam Allen-Curry is among the victims of the Manchester Arena bombing: https://t.co/ilN1f1YlXrpic.twitter.com/EJuzrUq5IG

Eilidh Macleod, a 14-year-old Scottish girl was also one of the latest to be named:

Among the 22 dead, Martyn Hett, a 29-year-old. His friend Russell Hayward announced on Twitter that Hett was among those killed.

He said: "We got the news last night that our wonderful iconic and beautiful Martyn didn't survive. He left this world exactly how he lives, centre of attention."

His brother Dan Hett has been paying tribute to his brother on Twitter and singer Mariah Carey also paid her respects to him on Instagram:

I was a little dubious about Martyn's recent bold social media move, but it worked. pic.twitter.com/cPi0sCKQ2b

At 11 a.m. BST, people across the country will be observing one minute's silence, to pay respect to those killed in the attack. Some are already gathering in Manchester, in preparation:

The media is gathering for a minute's silence for the victims of the Manchester Arena terror attack, taking place in St Ann's Sq at 11am. pic.twitter.com/SglareQUYA

Who is Salman Abedi?

Abedi was born in Manchester in 1994. He was one of four children to parents who fled to Britain from Libya at the height of the Gaddafi regime, the BBC reported.

Abedi attended school in Manchester and went to Salford University before dropping out before the second year of his business and management degree program. He left the UK for a period, reportedly to Libya, but returned days before the attack. The Financial Times reported that he was involved with gangs and turned to radical Islam in recent years.

Sky News also reported that Abedi had a "significant" connection to one of ISIS' most prolific recruiters.

This story is developing ...