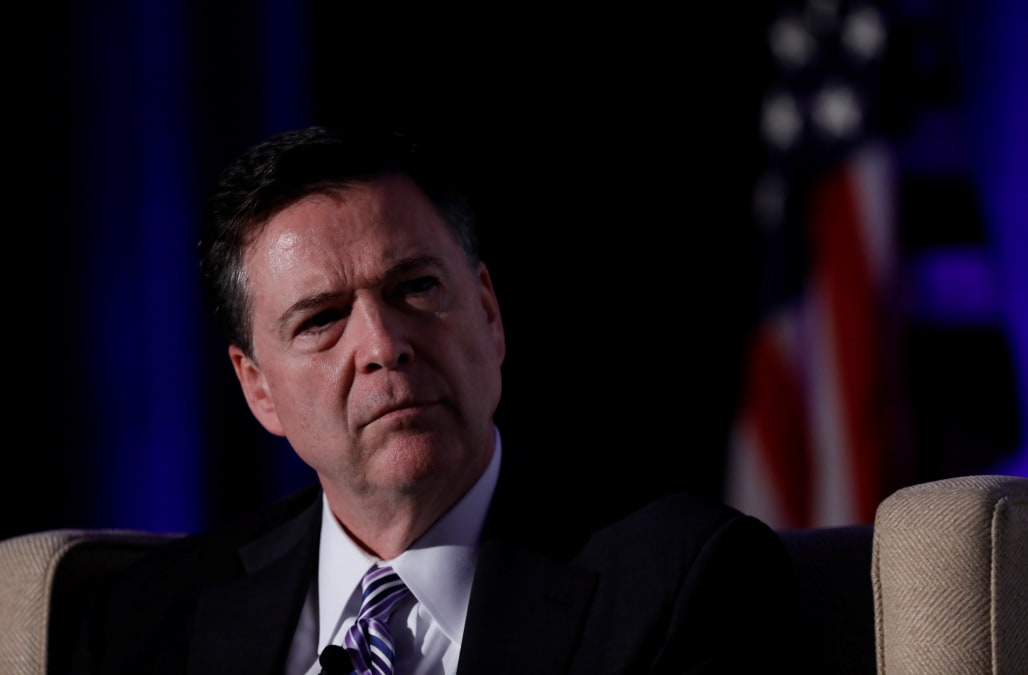 The FBI obtained a document supposedly hacked by the Russians last summer that purported to show that then-Attorney General Loretta Lynch had been privately reassuring Hillary Clinton's campaign that the Department of Justice would not be pursuing the investigation into her private email server too aggressively.

The document, first disclosed by The New York Times in late April and described in more detail by the Washington Post on Wednesday, reportedly influenced former FBI Director James Comey's decision to be more public about the bureau's probe into Clinton's use of a private server while secretary of state.

The FBI determined by August that the document was likely a Russian plant consisting of bad intelligence. It described an email that was allegedly sent by Debbie Wasserman Schultz — then the chairwoman of the Democratic National Committee — to an official at billionaire George Soros' Open Society Foundations. The document didn't include the email, which supposedly described how Lynch had privately assured a Clinton campaign staffer during the election that the DOJ wouldn't take the email probe too far.

Matt Rojansky, a Russia expert and director of the Kennan Institute at the Wilson Center, told the Post that the fact that the Russians would cook up a story linking the Clinton campaign to a conspiracy involving her email server, an Obama administration appointee, and George Soros — frequently villainized by the right as a meddlesome "globalist" — is "not surprising."

"That is part of the Kremlin worldview," he said.

The discovery of the document, which the FBI has now determined to be largely if not entirely fraudulent, reportedly factored into Comey's decision to bypass the DOJ last summer and announce the findings of the FBI's email server probe in a press conference on July 5. (Another factor was Lynch's private meeting the week prior with former President Bill Clinton on an airport tarmac in Phoenix.)

Current and former officials familiar with Comey's thinking told the Times and the Post that Comey was worried that if Lynch closed the case and Russia leaked the document, it would cast doubt on probe's credibility and independence.

Others have said that is a disingenuous attempt to defend Comey's decision to bypass the DOJ. Some officials told the Times that Comey wanted to "put himself in the spotlight." Another told the Post that the letter "didn't mean anything to the investigation until after [senior FBI officials] had to defend themselves."

"Then they decided it was important," the unnamed official said. "But it's junk, and they already knew that."

The revelation that a doctored memo planted by the Russians may have impacted Comey's treatment of the investigation will likely rile those who disagreed with his decision to revisit the email probe 11 days before the election. Comey felt compelled to tell Congress that the bureau had discovered new emails that were possibly relevant to the investigation because he had already gone public with the details of the case — and given congressional testimony about it — three months earlier.

FBI officials briefed Lynch on the existence of the document one month after Comey announced the end of the email investigation. She said that she had "never communicated" with the Clinton campaign staffer in question, and offered to be formally interviewed by the FBI about the matter, according to the Post. The bureau did not take her up on it, but did warn her that some of the intelligence contained in the document was dubious.

Amanda Renteria, the Clinton staffer whom Lynch supposedly communicated with, also told the Post that she had never spoken to Lynch. And Wasserman-Schultz said she had never heard of the Open Society Foundations official, Leonard Benardo, whom she allegedly emailed to discuss Lynch's communications with Renteria.

He replied that the subject was "classified."