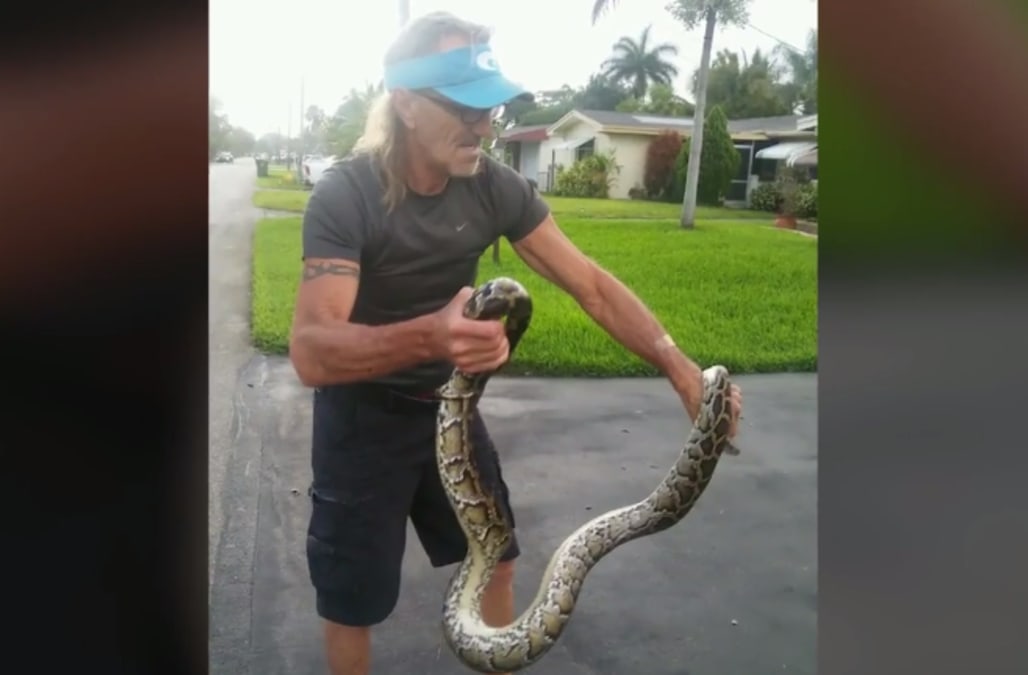 Florida man Joseph Liscinsky walked into his garage one day last week to take his dog for a walk when he noticed a horrifying 8-foot python slithering inside.

"I didn't have a heart attack," he said after spotting the snake, according to the Sun Sentiniel. "But my adrenaline kicked in, and my heart started pounding. I was stunned because I was a foot away from it."

The brave soul put his dog back inside his house and turned around to wrestle the snake. He used a mop to trick the snake into getting inside a pillowcase.

Liscinsky did not get out unscathed -- he was bitten by the snake. Pythons are not venomous, but they do have sharp, painful bites.

Wildlife officials arrived soon after to remove the python, which is an invasive species in Florida. They euthanized the animal.

Pythons have been plaguing the state for a while. Pet owners release them into the wild where they eat native wildlife.

Watch the video from this story here: