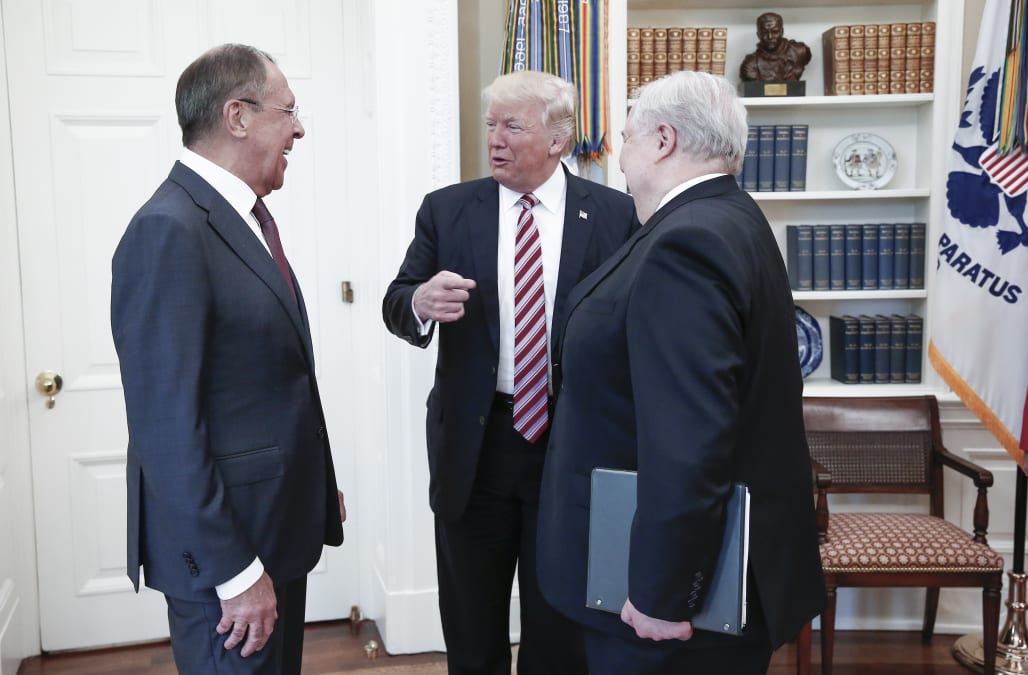 President Donald Trump's reported sharing of highly classified information with Russian officials during a White House meeting on May 10th was "extremely unwise" and could be "damaging" to future U.S. intelligence gathering efforts, according to former Director of the CIA and one-time Trump advisor James Woolsey.

"You should not talk about ongoing intelligence work," Woolsey said speaking with AOL.com.

Woolsey, who served as CIA director under former President Bill Clinton, adds to a growing chorus of former intelligence officials voicing concerns with the Trump administration's reported handling of classified information and the potential impact it may have on relationships with allies.

Click through other reactions to reports that Trump gave classified info to Russian officials:

Woolsey stopped short of saying Trump would be breaking any laws by sharing highly sensitive information with Russian officials. While the president's actions may have been "unwise," Woolsey advised, it is well within Trump's power to declassify information.

"Can't find a crime here ... yet," said Woolsey. "When he treats something as unclassified it thereby becomes unclassified."

"He (President Trump) could say something that violates the espionage laws but we haven't seen any evidence of that."

Trump's relationship with the intelligence community has been rocky, and at times even hostile, both before and after the 2016 presidential election. In December of 2016, Trump slammed the intel agency's track record on investigations saying, "These are the same people that said Saddam Hussein had weapons of mass destruction."

The president later compared the intelligence community to "Nazi Germany" following the publication of an unsubstantiated report claiming Russia had detrimental information on the president. "Intelligence agencies should never have allowed this fake news to "leak" into the public," Trump tweeted. "One last shot at me. Are we living in Nazi Germany?"

Intelligence agencies should never have allowed this fake news to "leak" into the public. One last shot at me.Are we living in Nazi Germany?

Former CIA Director John Brennan said he was "deeply saddened and angered" after the president delivered a speech at CIA headquarters in Langley, Virginia, calling it a "despicable display of self-aggrandizement in front of CIA's Memorial Wall of Agency heroes."

Woolsey also echoed the Trump administration's condemnation of leaks emerging from inside the government, saying "the only crime that seems clear is the turning loose of the intelligence to the public or to reporters. That's a felony."

The president has on numerous occasions shifted the focus away from negative reports and onto what he calls "the real story" -- leakers.

"The real story turns out to be SURVEILLANCE and LEAKING! Find the leakers," Trump tweeted back in April. "I have been asking Director Comey & others, from the beginning of my administration, to find the LEAKERS in the intelligence community....."

Reports indicate that the unusual abundance of leaks coming from the new administration points to growing distrust and concern among government workers regarding the president's leadership and possible ties to Russia. While others claim the leaks stem from the politicization of government agencies and "deep state" employees working to ensure Trump fails.

"It might be one person," said Woolsey. "Or it might be a mood that has taken over agencies, which can be terribly damaging."