It's World Turtle Day, so here are a bunch of adorable turtles 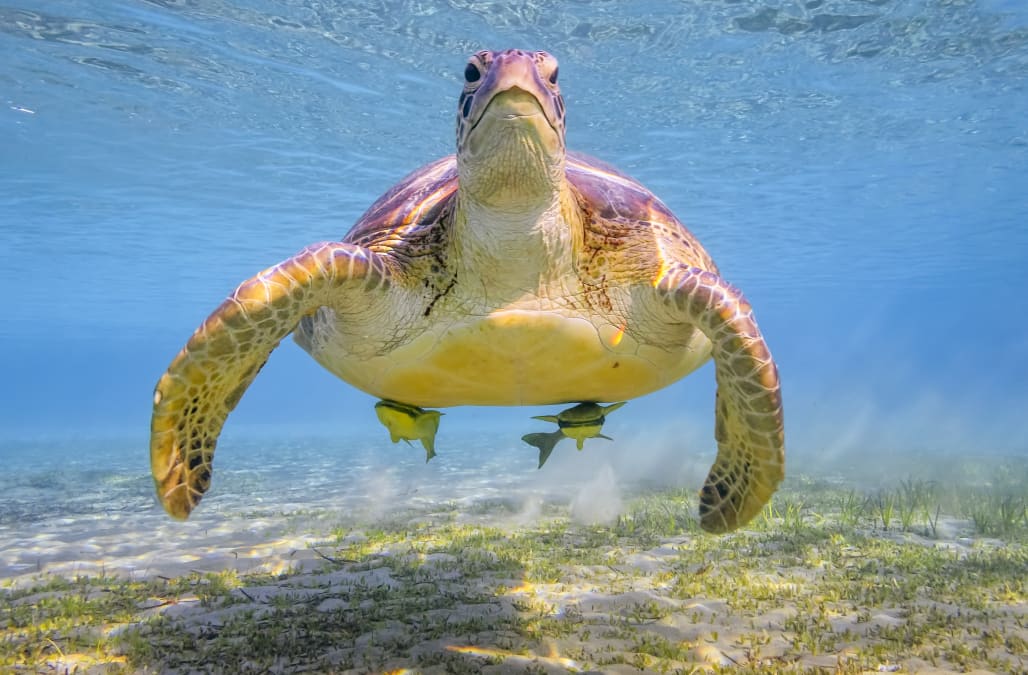 In 2000—the year that the summer Olympics were held in Sydney, that Florida electoral boards poured over hanging chads, and Microsoft founder Bill Gates stepped down to focus on his foundation—the American Tortoise Rescue declared May 23rd World Turtle Day. The goal, according to their official website, is to "help people celebrate and protect turtles and tortoises and their disappearing habitats around the world."

The obvious question is why an organization devoted to tortoises would care about turtles. Well, the answer is that turtles and tortoises are pretty similar. They're both reptiles of the order Testudines, and they both rely on a shell for protection. The biggest difference between the two is that tortoises live on land, while turtles live (to some degree or another) in water, so World Turtle Day is pretty much World Turtle And Tortoise Day.

Many species of turtle are at risk of extinction, but perhaps none as acutely as sea turtles—nearly all species are classified as endangered. Sea turtles, as their name suggests, spend almost all of their time in the water. And unlike other turtles, they can't retract their head or legs into their shell. They also suffer an ecological assault on all fronts. Because their eggs, meat, skin, and shells are all considered valuable, they're frequently victims of poaching and overfishing, and are often caught up in nets meant for other swimmers. Sea turtles are also losing habitat, because they frequently nest on beaches that are desirable for development—and climate change is taking care of any beaches we fail to build condos on.

Tortoises (and turtles that spend more time on land) also suffer from habitat loss. But because they spend so much time on shore, they also risk being run over by automobiles as roads spring up in their backyards—and it's not always by accident. According to research, as many as six percent of drivers deliberately try to run over turtles and tortoises, proving that it's not the reptiles who are cold blooded.

But turtles and tortoises are awesome and worthy of our protection, so we've assembled a gallery of some of the most charismatic members of the Testudines order for your viewing pleasure.

Here, we see a desert tortoise (Gopherus agassizii) hatching from its egg at the Western Ecological Research Center. USGS studies the life history and ecology of the desert tortoise, which is a federally listed threatened species only found in the Mojave Desert. Young tortoises are especially vulnerable to predators like dogs and ravens, whose numbers can increase around areas of human activity. Adult tortoises can be killed by car traffic, trash (they eat it), and wildfires, and are affected by loss of habitat from urban and industrial development, cutting short their potential lifespan of 100 years.

An endangered sea turtle makes its way across the beach in Nicaragua's La Flor Wildlife Refuge.

A turtle hatchling in Texas.

A sea turtle shows off its facial markings.

The Agassiz's desert tortoise, a native of the Mojave Desert.

A band of baby loggerhead sea turtles on the beach in Core Banks, North Carolina.

A turtle chills on a hill.

This desert tortoise hatchling is 2 inches in length ... smaller than a tube of chapstick.

Finally, here are some more baby loggerhead sea turtles because we know you need them.

More from AOL.com:
Hopping parrotlets could teach robots how to fly
Scientists tracked chickens and found they have their own daily routines, just like us
New Zealand's yellow-eyed penguin is waddling towards extinction