Toddler suffers serious burns to his feet at splash pad 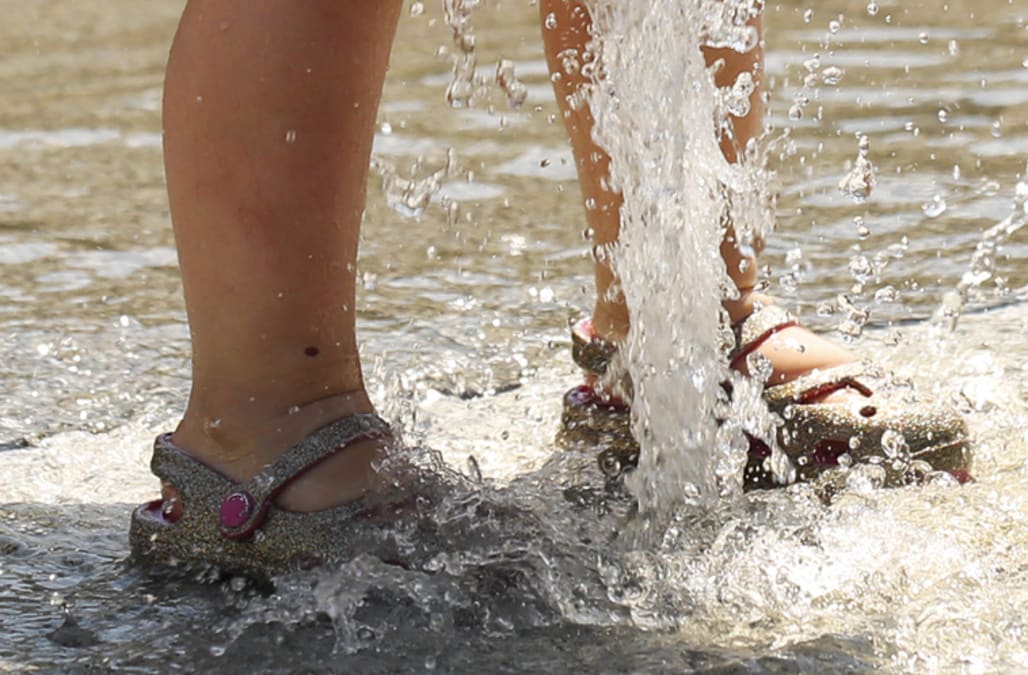 GREENWOOD, Ind. (WXIN) -- A 1-year-old is recovering from severe burns after walking barefoot at a Greenwood splash pad.

It happened Monday afternoon when the child was at the splash pad with his family. A friend says the boy walked out from his mother with no shoes on.

The parents took the child to the doctor, where they learned the severity of the burns.

"They said it was second degree burns they had to keep putting cream on his feet. The blisters have finished forming and they've popped today so now his feet are very raw and tender," Kristen said.

Kristen contacted the Greenwood Parks and Recreation Department right after the incident.

"We're still taking measures and we're still looking into it on the right course of action to take," director Rob Taggart said.

In four years, the parks and recreation director says he's never had a complaint like this but warns parents to be cautious.

"Your plastics, asphalt, concrete they're going to heat up so you gotta make sure when you're in park property make sure your kids have got proper foot attire," Taggart said.

Kristen received support for her friend's child and some harsh critique after posting these photos on social media. She says they just wanted to make other parents aware.

"This was obliviously not a case of negligence it was just an accident and the reason why we made the post was to make sure this doesn't happen to anybody else."