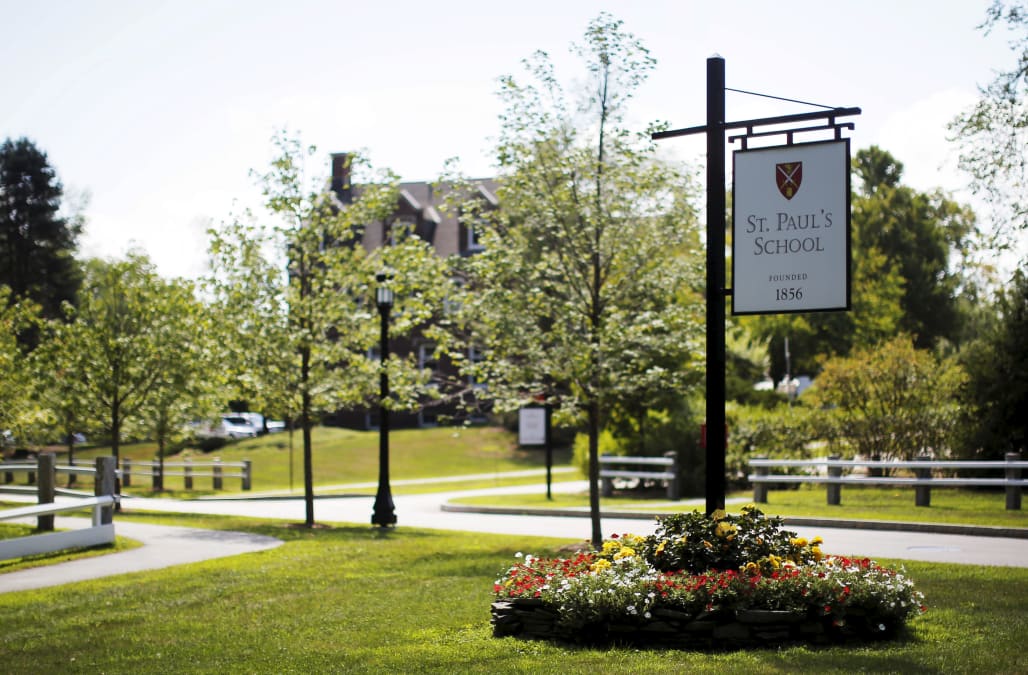 BOSTON, May 22 (Reuters) - An elite New Hampshire prep school acknowledged on Monday that 13 former members of its staff engaged in sexual misconduct with students in incidents dating back decades, following an independent review by a Boston law firm.

The St. Paul's School apologized and said that it had failed to adequately investigate allegations of sexual abuse by staff. The report follows the arrest last year of a former Episcopal priest, Howard White, who served as the school's chaplain in the late 1960s and early 1970s on charges that he sexually assaulted a teenage student.

"The school failed to protect students from sexual abuse and sexual misconduct done to them by adults entrusted with their care," wrote Rector Michael Hirschfeld and Board of Trustees President Archibald Cox in an open letter to school families.

"We offer our most sincere apology to survivors for the wrongs that were done to them at St. Paul's School and also for the failure to pursue investigations of allegations when they were initially made."

The 73-page report details claims of sex abuse against 13 former faculty members that occurred from the late 1940s through the 1980s, based on interviews with alleged victims and witnesses, whose statements St. Paul's said substantiated the claims.

St. Paul's is not the only boarding school grappling with past sexual abuse of students by staff and faculty. Choate Rosemary Hall in Connecticut last month said that 12 of its former teachers had abused students, and St. George's School in Rhode Island last year disclosed similar abuse in the 1970s and 80s.

Indeed, the former St. Paul's chaplain whose arrest led to Monday's report went on to work at St. George's after leaving St. Paul's. He pled guilty in Boston to charges of sex abuse and was sentenced to 18 months in prison.

The investigation by law firm Casner & Edwards was unable to substantiate claims against another 21 current and former faculty and staff.

St. Paul's currently has some 530 students and 110 full-time staff on its Concord, New Hampshire, campus.

The scandal is the latest blow to the 161-year-old school's reputation. In 2015, a former student was found guilty of having sex with an underage student in a case that cast a harsh light on the school's culture.