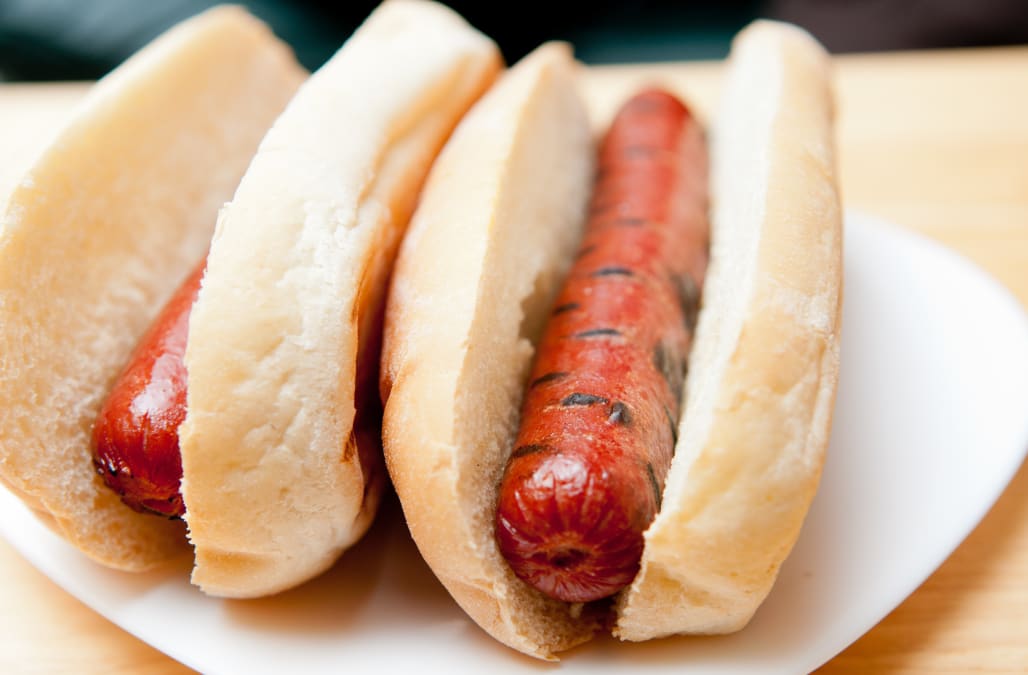 (WGN) -- Cincinnati-based John Morrell and Co. is recalling over 210,000 pounds of ready-to-eat hot dogs because they may be contaminated with metal, the U.S. Department of Agriculture announced Saturday.

According to the agency, at least three consumers complained of finding metal objects in their packages, although no injuries were reported. The products have been sold in stores across the country.

Consumers who have them are advised to throw them out or return them to the store where they were purchased.

The Consumer Safety Commission announced a safety recall on September 15, 2016 for Samsung's Galaxy Note 7 smartphone after users reported that some of the devices caught fire when charging.

Snickers bars are seen in this picture illustration taken February 23, 2016. Mars Inc has recalled chocolate bars and other products in 55 countries, mainly in Europe, after bits of plastic were found in a Snickers bar in Germany, the U.S. chocolate maker said on Tuesday. All of the recalled products, which include Mars, Snickers and Milky Way bars, were manufactured at a Dutch factory in Veghel, according to a Mars spokeswoman. The recall follows a January 8th complaint from a consumer in Germany, who said she found red plastic in a Snickers bar and sent it back to the company.