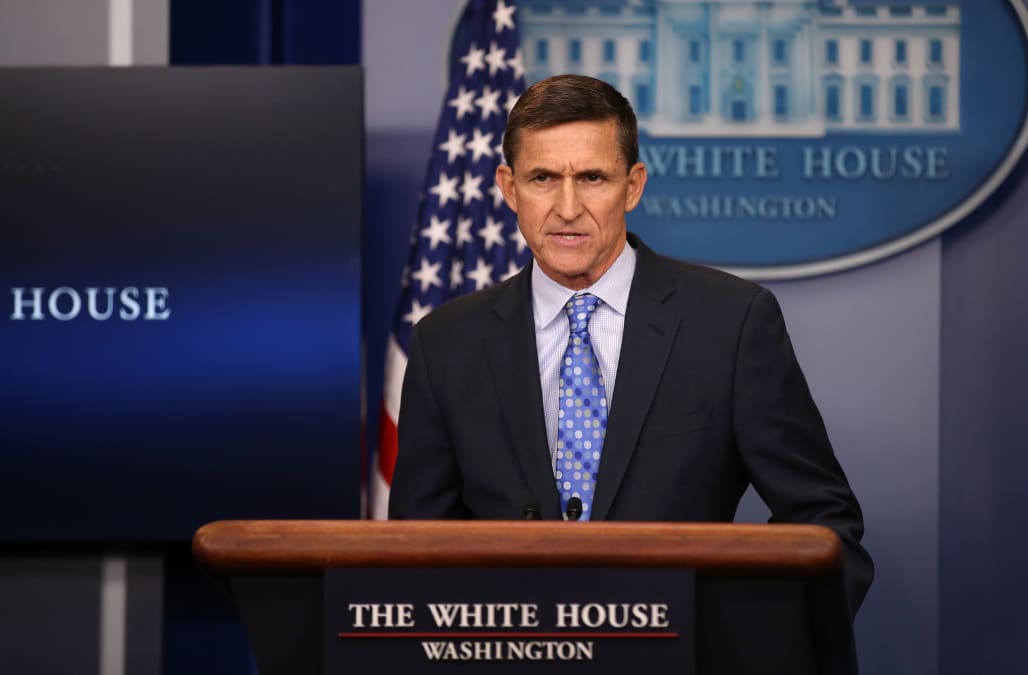 Former National Security Adviser Michael Flynn appears to have lied to security clearance investigators by telling them he was paid by "U.S. companies" when he traveled to Russia in December 2015, according to a letter released Monday by the ranking Democrat on the House Oversight Committee.

"The Oversight Committee has in our possession documents that appear to indicate that General Flynn lied to the investigators who interviewed him in 2016 as part of his security clearance renewal," said Rep. Elijiah Cummings of Maryland in a letter to committee chairman Jason Chaffetz (R-Utah).

"Specifically, the Committee has obtained a Report of Investigation dated March 14, 2016, showing that General Flynn told security clearance investigators that he was paid by 'U.S. companies' when he traveled to Moscow in December 2015 to dine at a gala with Russian President Vladimir Putin. The actual source of the funds for General Flynn's trip was not a U.S. company, but the Russian media propaganda arm, RT."

Separately, a U.S. official with direct knowledge told NBC News that during the same 2016 renewal process Flynn left blank a line on his security clearance form asking him to disclose any business relationships or transactions with foreign entities.

"It was a lie of omission," the official said.

The revelations appear to confirm that Flynn did not properly disclose his receipt of payment from a foreign adversary of the United States when he was being re-examined for his security clearance between January and April 2016. Flynn is also under investigation by the Defense Department over whether he should have sought permission for the RT fee, since retired generals are usually prohibited from accepting foreign payments under the Emoluments Clause of the U.S. Constitution.

Flynn was also asked as part of the security clearance process to disclose any contacts with foreign officials.

He stated that he had only "insubstantial contacts" with foreign officials, the letter said, adding, "It is difficult to understand how General Flynn could have believed his dinner with Vladimir Putin was an 'insubstantial contact,'" referring to the RT dinner, at which Flynn sat next to Putin.

Questioned about whether Flynn was properly vetted for the job of national security adviser, the Trump administration has repeatedly pointed to the extension of Flynn's security clearance during the Obama administration.

Multiple sources have told NBC News that Flynn never passed the separate, more stringent vetting that is normally done for somebody with access to the nation's deepest secrets when he was tapped as national security adviser.

Flynn, who was fired by the Obama administration in 2014 as director of the Defense Intelligence Agency, was paid nearly $34,000 for speaking at the Moscow dinner, documents show. He was paid under a $45,000 contract between his speakers bureau and RT, a Russian state media arm. He received nearly $34,000, not including accommodations and travel, records show.

In July 2016, Flynn was interviewed by the Washington Post's Dana Priest, who asked him about the RT appearance.

He declined to say how much, but, added that "the gig was to do an interview with [RT correspondent] Sophie Shevardnadze. It was an interview in front of the forum, probably 200 people in the audience. My purpose there was I was asked to talk about radical Islam in the Middle East. They asked me to talk about what was going on in the situation unfolding in the Middle East."

Related: Guess Who Came to Dinner With Putin and Flynn

Priest replied, "Well, it's not run by the state. You're rolling your eyes."

Flynn said, "Well, what's MSNBC? I mean, come on ... what's Al Jazeera? What's Sky News Arabia? I have been asked by multiple organizations to be a [paid] contributor but I don't want to be."