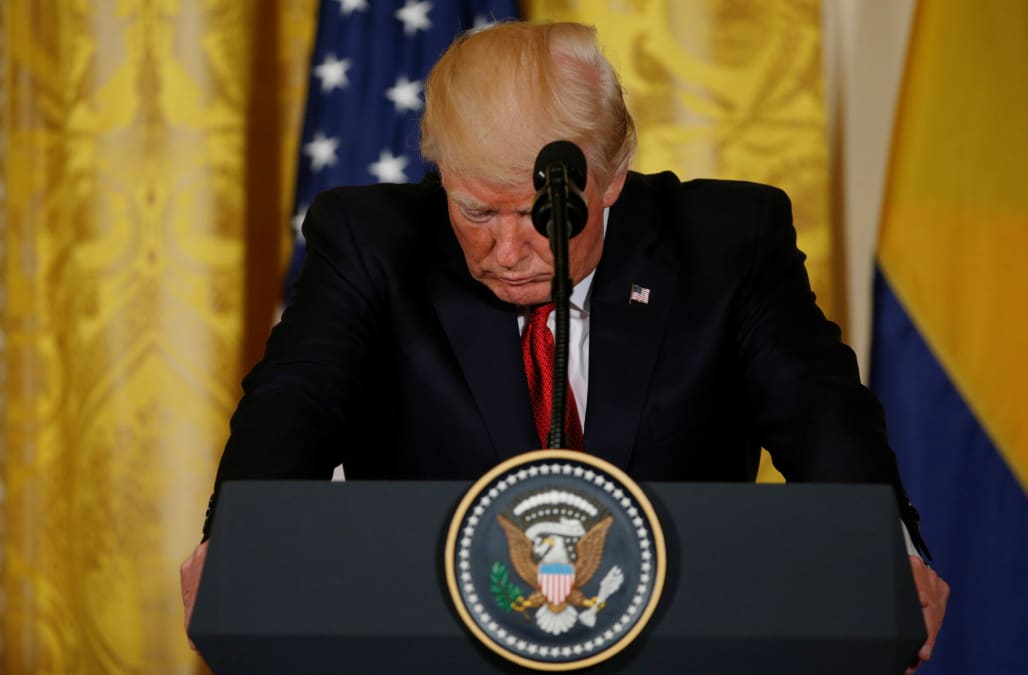 Officials at the White House have called a Trump impeachment a "distant" and "unlikely" possibility, according to CNN justice correspondent Evan Pérez, who cited two people briefed on the discussions.

The impeachment research was being conducted as a precautionary measure and was described as an informal process.

Some Democrats on Capitol Hill have been vocal about a potential Trump impeachment in recent days and weeks as pressure mounted in investigations surrounding Russia's US-election meddling and potential collusion with Trump associates. The broader inquiry evolved dramatically in the past 10 days after Trump fired FBI Director James Comey.

On Monday, it was reported that Trump shared classified information with two Russian diplomats during an Oval Office meeting last week. On Tuesday, The New York Times reported that Trump nudged the FBI to drop its investigation into former national security adviser Michael Flynn. And on Wednesday, Deputy Attorney General Rod Rosenstein appointed a special counsel to take over the FBI's Russia investigation.

The Trump administration has expressed confidence amid the impeachment chatter, saying the White House believes it still has the support of congressional Republicans, according to CNN.

DON'T MISS: People are calling for Trump's impeachment — here's how that would play out