Millennials expected to take over 25,000 selfies in their lifetime 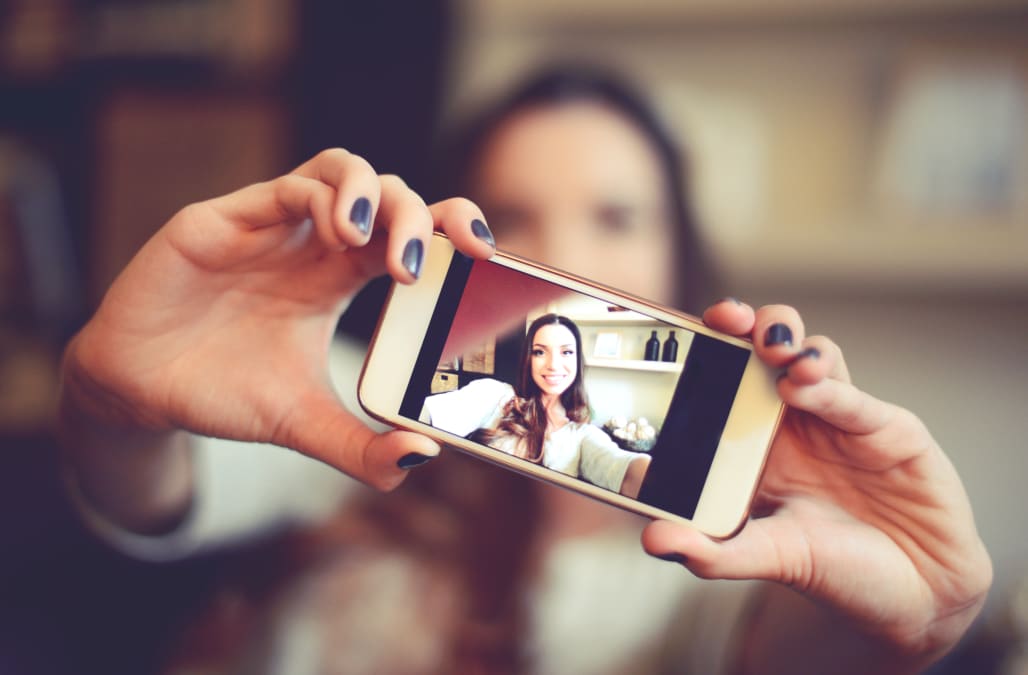 Selfies have by now become an epidemic. It seems like everywhere we turn there's someone with a camera trying to catch the perfect angle.

Many studies have been done on what seems to be a narcissistic era. A study by Now Sourcing and Frames Direct revealed that the average millennial will spend an hour a week on selfie duty, which can be anything from taking the photo to re-taking and editing it.

Considering the average lifespan is 27,375 days, an average millennial is expected to take 25,700 selfies during their lifetime. That's close to one selfie daily.

55 percent of social media selfies come from millennials, but Gen X follows with 24 percent and baby boomers with 9 percent.

9 PHOTOS
Some of 2016's most questionable selfies
See Gallery

Some of 2016's most questionable selfies
2016 Rio Olympics - Swimming - Lituania's Olympic Team Training - Olympic Aquatics Stadium - Rio De Janeiro, Brazil - 30/07/2016. Lituania's Danas Rapsys takes a selfie in a practices. REUTERS/Edgard Garrido FOR EDITORIAL USE ONLY. NOT FOR SALE FOR MARKETING OR ADVERTISING CAMPAIGNS.
A man takes a selfie in front of placard with a picture of Melania Trump in her hometown Sevnica, Slovenia, December 1, 2016. Banner reads "Welcome in hometown of first lady of U.S.".REUTERS/Srdjan Zivulovic
Shi'ite fighters take a selfie while firing artillery towards Islamic State militants near Falluja, Iraq, May 29, 2016. REUTERS/Alaa Al-Marjani TPX IMAGES OF THE DAY
A tourist takes a selfie next to the carcass of a dead whale on a beach along the Arabian Sea in Mumbai, India, January 29, 2016. REUTERS/Danish Siddiqui
Football Soccer - Romania v Poland - World Cup 2018 Qualifiers - National Arena Stadium, Bucharest, Romania - 11/11/16. A Polish fans snaps a selfie with a Romanian gendarme at the end of the match. Inquam Photos/Octav Ganea/via REUTERS ATTENTION EDITORS - THIS IMAGE WAS PROVIDED BY A THIRD PARTY. EDITORIAL USE ONLY. ROMANIA OUT. NO COMMERCIAL OR EDITORIAL SALES IN ROMANIA.
Iraqi soldiers take a selfie during a fighting with Islamic State fighters near the front line in the Shahrazad district of eastern Mosul, Iraq November 4, 2016. REUTERS/Zohra Bensemra
Palm Springs resident Benito Almojuela takes a selfie near a thermometer sign which reads 125 degrees in Palm Springs, California, U.S. June 20, 2016. REUTERS/Sam Mircovich TPX IMAGES OF THE DAY
Movistar team rider Nairo Quintana (C) of Colombia takes a selfie during a training session in Sopo, near Bogota, Colombia, before the 103rd Tour de France cycling race, June 10, 2016. REUTERS/John Vizcaino
A couple takes a selfie on the glass sightseeing platform on Shilin Gorge in Beijing, China, May 27, 2016. Picture taken with a fisheye lens. REUTERS/Kim Kyung-Hoon
Up Next

TIME reported the Philippines is the selfie capital of the world. Makati City produces more selfies per capita than any other city in the world, with Manhattan and Miami following.

And why are people taking selfies? A research from the University of Toronto concluded that those who take a large number are overestimating how good looking and likable they are.