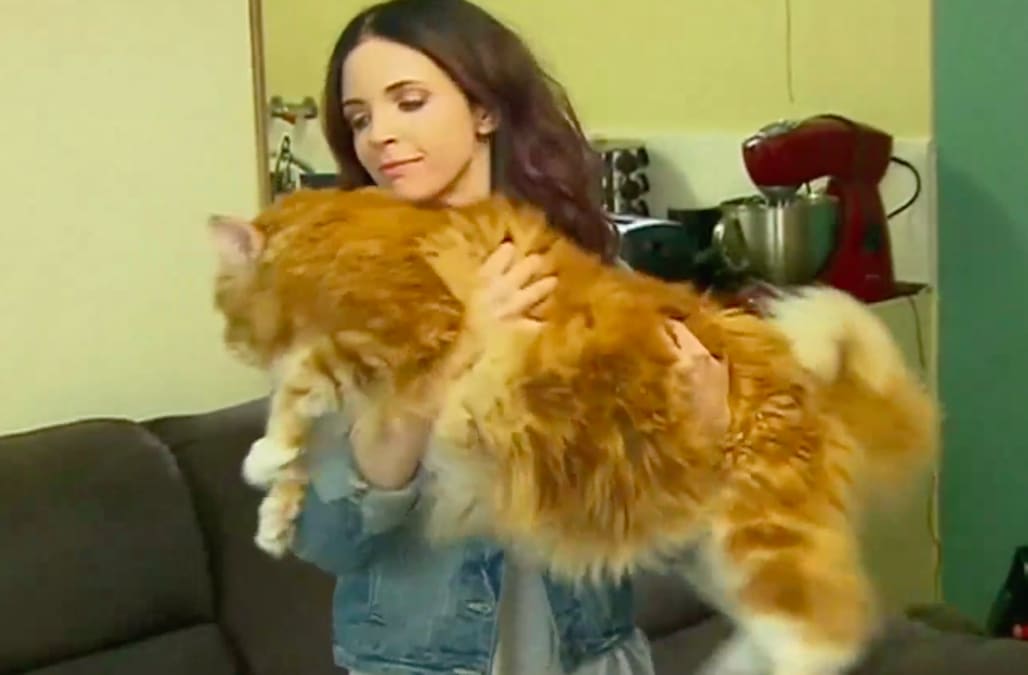 He is a breed known as Maine Coon and could potentially be the world's longest domestic cat.

The fluffy feline hails from Melbourne, Australia, because that's where all crazy animals seem to come from.

RELATED: Cats where they aren't supposed to be

16 PHOTOS
Cats where they aren't supposed to be
See Gallery

He measures nearly 4 feet long and a whopping 30 pounds, and his owner, Stephy Hirst, think it might have something to do with his love of kangaroo meat.

"We buy human-grade kangaroo meat at the supermarket," Hirst told the BBC. "It's the only meat we could find that he actually wants to eat."

Hirst, who's been with Omar since he was a kitten, says she was expecting him to stop growing around 19 pounds. He got to that before he was a year old.

"That's when we realized he's not nearly done yet," Hirst said.

SEE ALSO: Lana the Labrador, the 'saddest dog in the world,' is homeless again

A quick scroll through Omar's Instagram, which has amassed thousands of followers, shows him starting out as quite a normal sized kitten. But now he's as big as owner Stephy Hirst's collies!

Now, he's hot on the tail of unseating Ludo, the current Guinness world record holder for the biggest house cat.