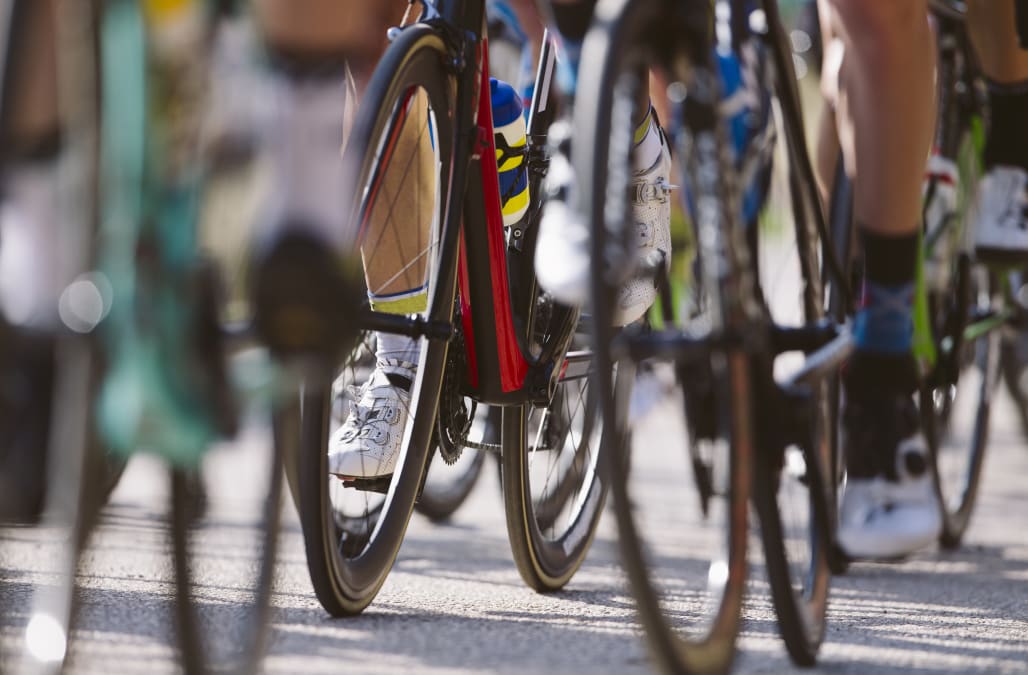 Irish cyclists were nearly taken out by a horse during a road race over the weekend.

This isn't something you see every day. During the first-ever North West 3 Day cycle race in Ireland over the weekend, a rogue horse dashed in front of the lead group of riders, nearly causing disaster.

The Belfast Telegraph has details of what took place:

Leading A4 class riders, both men and women competing for amateur clubs from across Northern Ireland were quite literally stopped in their tracks as the horse leaped a barrier just 10 feet ahead of the primary peloton.

Sports cameraman Jonny Collins was on hand to capture the dramatic events as they unfolded, and kept his camera rolling as the horse continued to gallop towards him and his colleagues a quarter of a mile further along the route.

"I was ahead of the pack, filming out the back of a car when the horse bolted," Collins recalled. "It was crazy. The horse was absolutely massive, the biggest I've ever seen in my life.

"Before the incident took place, we actually saw the thing running alongside the riders in the fields to their right, and watched as it jumped not one fence but two or three between fields before deciding to join the race. We were shocked. It's not something you expect to see every day."

You can see Jonny Collins' video below.

Thankfully, no one was hurt.

That horse was moving, too.

NFL Star Back With Former Cheerleader