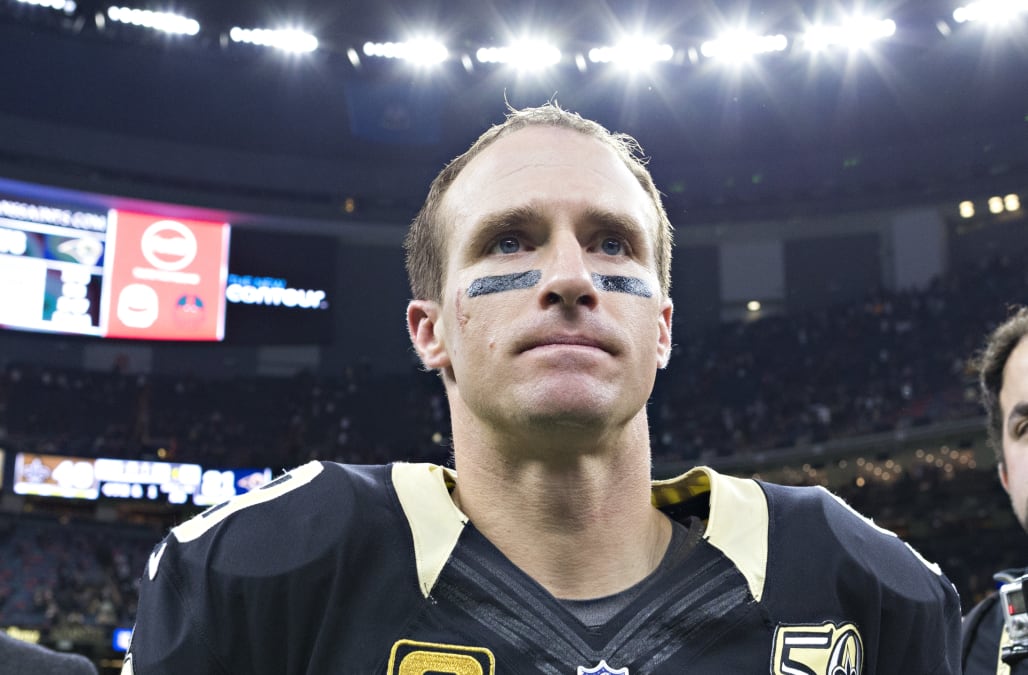 New Orleans Saints quarterback Drew Brees is heading into his 17th professional season this fall -- and during a recent interview with AOL News, the NFL veteran weighed in on how many years he may continue playing.

"I'm really trying to enjoy the moment," Brees told AOL. "While I can sit here and say I could play four, five more years, I just really want to enjoy each and every one on its own. Each year is so different, and I think we can do great things this year. We just got to be able to pull it all together."

The 2009 Super Bowl MVP also commented on one of the team's newest additions -- running back Adrian Peterson. The Saints picked up the former Viking in the offseason, and Brees expressed his excitement at the thought of playing with both Mark Ingram and Peterson in the backfield this season.

SEE ALSO: Brees partners with 'The Heat Factor' to raise awareness about risk of heat stroke

"Having those two guys as a one-two punch is huge," said Brees. "Mark Ingram had an awesome year last year. I think he's really come into his own as an all-purpose back in the league. He can do it all. He's an every-down back. Adrian Peterson, obviously you're talking about the league's leading rusher two years ago, and I still think he's got a lot of juice. Coming off the injury last year, but he's found a good home with us."

More from AOL.com:
Drew Brees partners with 'The Heat Factor' to raise awareness about risk of heat stroke
49ers columnist slams all the football excuses being given for why Colin Kaepernick remains unsigned
Seahawks defensive end tells reporter who wrote about his domestic violence charge that she can clean his fish tank