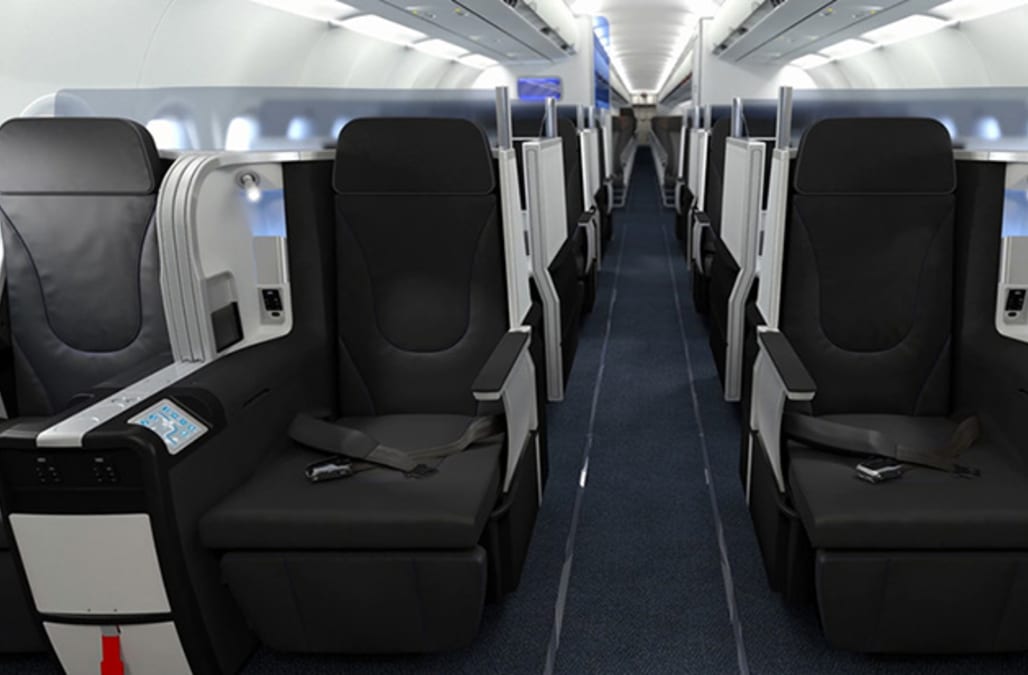 Footage of a family getting kicked off of a JetBlue flight over the placement of a birthday cake surfaced on Saturday.

Minta and Cameron Burke were heading to Las Vegas from JFK Airport in New York on Flight 611 on May 3 to celebrate Minta's 40th birthday with their children when an incident between the family and the airline caused the entire family to be kicked off the plane, despite the NYPD admitting to the family that they did nothing wrong.

According to ABC 7, the incident started when someone in the family placed a birthday cake in the overhead bin, which is not allowed. The family says that a flight attendant told Cameron to move the cake to underneath his seat, which he did, but claims that the situation escalated when a second flight attendant got involved.

"You know, you could see the gestures - then she was pointing to her, did you tell him he couldn't put anything in the overhead compartment? I had approached them, and I said everything was fine, and she said, 'sir, this does not involve you. When she told me I had been non-compliant, then I said 'ma'am, had you been drinking?' because her behavior was not normal," Cameron told ABC 7.

Eventually, police were called to sort everything out. In the clip, tweeted by ABC 7 reporter CeFaan Kim the family is visibly upset, and their son can be seen crying over the ordeal.

"No one's in any trouble," an officer can be heard reassuring the family.

"Unfortunately, you know, they're going to have to rebook everyone."

The officer was quick to point the finger at the airline, saying JetBlue requested the family be removed.

"I'm sorry!" the boy tells the officer as his voice cracks.

Cameron maintains that he never raised his voice or cursed on the plane and says that his family was never given a definitive answer for why they were kicked off the flight.

It's unclear what exactly happened before Cameron started filming, but it appears as if his comment about the flight attendant being intoxicated is part of the reason they were booted from the flight. According to Kim, there is an extended video of the incident, and Mashable has requested he post the entire video to YouTube.

The family was refunded for their tickets at the terminal immediately after deplaning. Cameron told the New York Daily News that they were able to book another flight to Vegas the next day, but that they want the flight attendant who kicked them off the flight fired.

"She has no business serving the public," he told the News. "I hope JetBlue will retrain their staff and recreate the culture I once loved."

The incident follows a string of negative experiences for US airlines after a man was forcibly removed from a United Airlines flight last month.

WATCH: McLaren has a sweet job offer for the world's fastest gamer