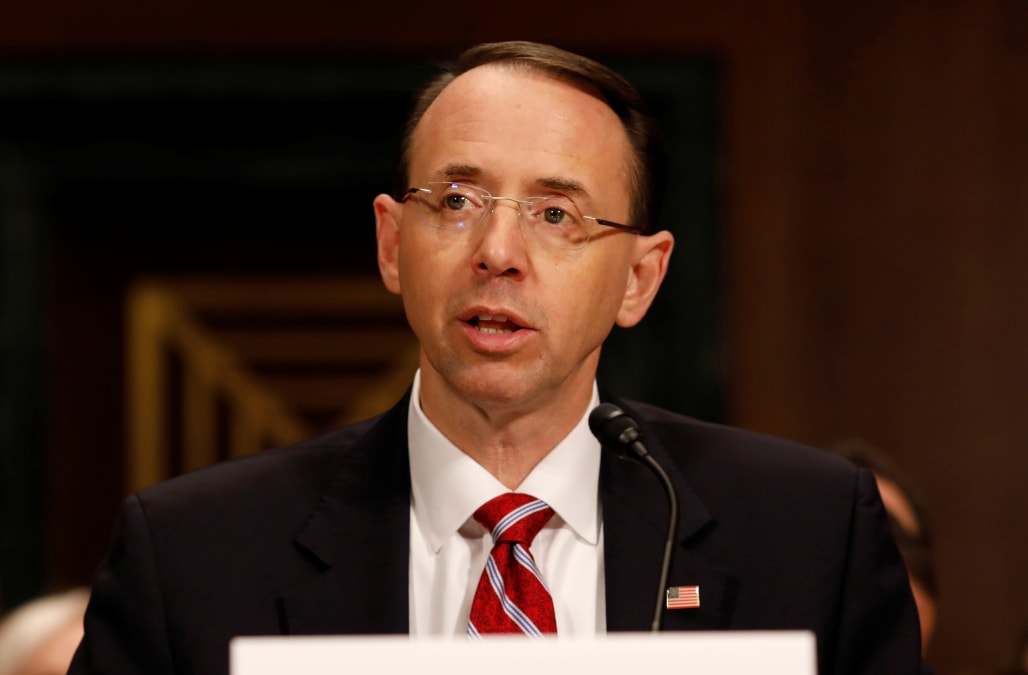 Deputy Attorney General Rod Rosenstein has requested to meet with the Senate Intelligence Committee, according to POLITICO sources.

Rosenstein reportedly arrived at the Senate Intelligence Committee space with a security detail on Thursday, as the committee panel was conducting a hearing. Rosenstein's request comes after President Trump's sudden firing of FBI Director James Comey.

SEE ALSO: Trump 'essentially declared war' by firing James Comey, but the worst may be yet to come

Trump said Comey "wasn't doing a good job" in his bureau role, and cited a three-page letter from Rosenstein questioning Comey's abilities as backing for his decision.

More from AOL.com:
Trump 'essentially declared war' by firing James Comey, but the worst may be yet to come
Trump's lawyers reportedly trying to stop him from getting in touch with Michael Flynn
James Comey invited to testify for Senate Intel Committee next week