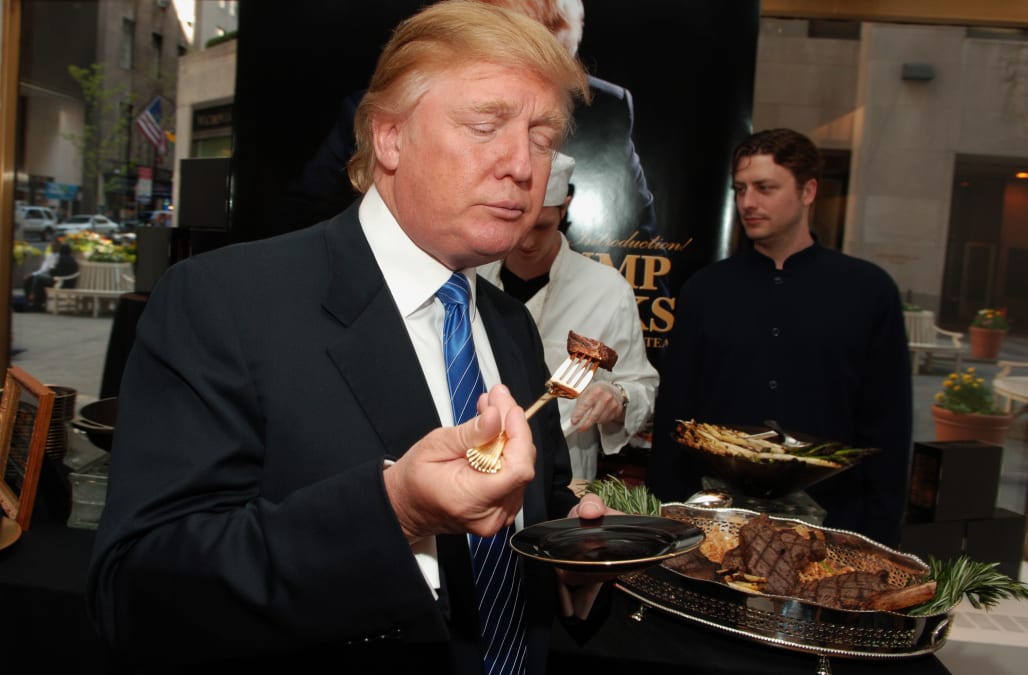 Reporters from Time magazine dined with President Donald Trump in the White House, where it appeared that the waiters are well-accustomed to catering to his preferences.

The magazine's story on Trump "after hours" contains this tidbit:

"As he settles down, they bring him a Diet Coke, while the rest of us are served water, with the Vice President sitting at one end of the table. With the salad course, Trump is served what appears to be Thousand Island dressing instead of the creamy vinaigrette for his guests. When the chicken arrives, he is the only one given an extra dish of sauce. At the dessert course, he gets two scoops of vanilla ice cream with his chocolate cream pie, instead of the single scoop for everyone else. The tastes of Pence are also tended to. Instead of the pie, he gets a fruit plate."

Trump's predecessor in the White House had his own after-hours food habits.

Obama later said that was a joke, noting that he doesn't obsessively count out his almonds every night. But he was known in the White House for being very disciplined with food and avoiding indulgences like potato chips and cake.

SEE ALSO: Obama eats exactly 7 almonds every night — here are some of his other nighttime habits