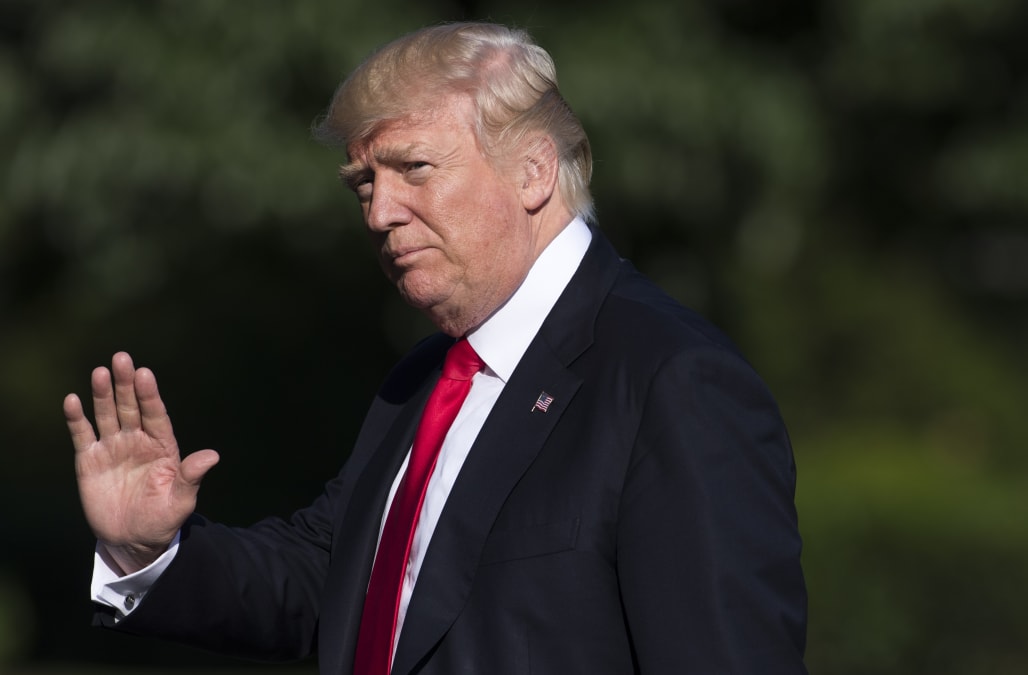 The stunning and dubiously-timed removal of FBI director James Comey by President Donald Trump has many wondering if the president may be looking at an end to his presidency less than a year after it began.

He added that there is a risk of governmental paralysis if the Congress is not willing to rein in the president, but that "in the past, like with Watergate, Republicans after a certain point might realize that they need to defend the interest of the public."

The Los Angeles Council just this week petitioned Congress to investigate Trump's potential violation of the Foreign Emoluments Clause, which prohibits the president from accepting financial benefits from a foreign power. It is the latest action taken by activists seeking Trump's ouster by way of impeachment or the invocation of the 25th amendment, which enables the replacement of a president deemed mentally unfit to serve.

"It's now up to Congress to save the Constitution by initiating impeachment proceedings. Trump can't say 'You're fired' to the House of Reps," tweeted Laurence Tribe, a professor of constitutional law at Harvard Law School. "Trump has crossed the line. He is covering up high crimes and misdemeanors," he added.

That mission has been made more complex, but also more pressing for Congress since Trump fired Comey, ostensibly for his mishandling of the Hillary Clinton email investigation during the 2016 presidential campaign —positions that Trump at the time, and even as recently as last week, had praised.

FBI Director Comey was the best thing that ever happened to Hillary Clinton in that he gave her a free pass for many bad deeds! The phony...

...Trump/Russia story was an excuse used by the Democrats as justification for losing the election. Perhaps Trump just ran a great campaign?

Democrats, as well as a growing number of Republicans, have been calling for an independent investigator to take over the probe into the president's campaign's possible ties with Russia, which experts say is becoming increasingly jeopardized with every passing hour.

"Given the way the president fired Director Comey, any person who he appoints to lead the Russia investigation will be concerned that he or she will meet the same fate as Director Comey if they run afoul of the administration," said Senate Minority Leader Chuck Schumer after news of Comey's dismissal broke on Tuesday. "The only way the American people can have faith in this investigation is for it to be led by a fearless, independent special prosecutor."

First Pres Trump fired Sally Yates, then Preet Bharara. Now #Comey. Doesn't seem like an accident. We must have a special prosecutor.

Comey was made aware of his firing from TV reports as he was making a speech to the FBI in Los Angeles. He initially thought it was a prank.

"While I greatly appreciate you informing me, on three separate occasions, that I am not under investigation, I nevertheless concur with the judgment of the Department of Justice that you are not able to effectively lead the Bureau," read a letter from Trump, which was delivered to the FBI headquarters on Tuesday.

The move, which has inspired comparisons to Watergate and the stepping down of President Richard Nixon, came as Trump and Russian foreign minister Sergei Lavrov were meeting in Washington on Wednesday. The visit was closed to the press.

Comey is the latest official to be fired in a blaze of controversy. In January, Trump fired his acting attorney-general Sally Yates, ostensibly due to her failure to defend the president's controversial immigrant ban in court. Just days before, Yates had told the White House that Michael Flynn, who resigned as national security advisor because of a failure to disclose illegal cash payments, may have been blackmailed by Russia, according to a Yates testimony this week. In March, Trump fired U.S. attorney Preet Bharara.

Trump has attempted to ward off suspicions of malpractice by saying he personally is not under investigation, failing to address the fact that it is still his aides, campaign, and White House staff who are suspected of having improper dealings with adversary foreign intelligence service.

Comey, who made enemies of both the left and the right, was seen by many as one of the remaining bastions of political independence connected to Trump's tumultuous administration.

"Regardless of how you think Director Comey handled the unprecedented complexities of the 2016 election cycle, the timing of this firing is very troubling," said Republican Senator Ben Sasse, who is also the chairman of the Judiciary Committee's Oversight Committee. He said that he has "reached out to the Deputy Attorney General

CNN has reported that grand jury subpoenas were issued for Flynn associates in regards to the question of Russia collusion. It has also reported that the Senate Finance Committee is seeking financial records of the Trump team, including Trump and his son-in-law Jared Kushner and their dealings with Russians. If confirmed, those moves would indicate that the Russia investigation is advancing into the next stages.

"The question before us now is whether Trump will get away with it," wrote Benjamin Wittes and Susan Hennessy in the Lawfare Blog. "There is no question that the President has the legal authority to remove the FBI director. But there's also no question that removing the FBI Director in the midst of a high-stakes investigation of Russian influence in the inner circle of the President's campaign and White House is a horrifying breach of every expectation we have of the relationship between the White House and federal law enforcement."

The post Could The Comey Crisis Spur Trump's Impeachment? appeared first on Vocativ.