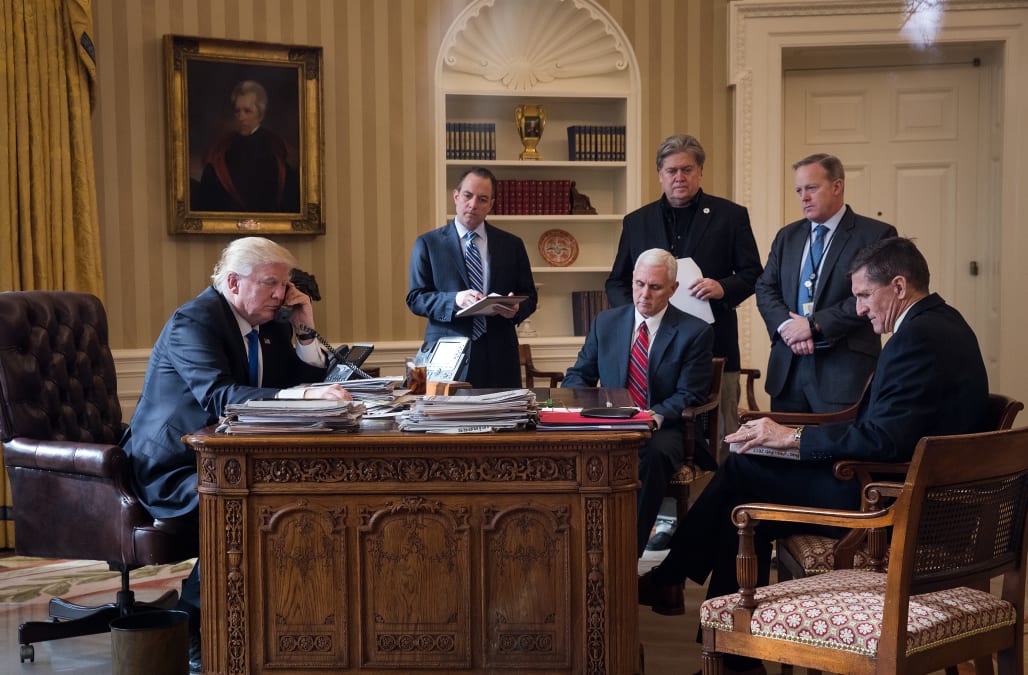 "[Flynn] lied to a lot more than the Vice President," said Whitehouse on MSNBC's "All in with Chris Hayes." "There's a very good chance he lied to the FBI during the interview ... that's a lot going on in the White House."

However, prior to former Deputy Attorney General Sally Yates' testimony before the Senate Judiciary subcommittee on Monday, Trump went to Twitter to defend Flynn's hiring — despite reportedly being warned by former President Barack Obama against bringing Flynn into his administration. "General Flynn was given the highest security clearance by the Obama Administration," Trump said, "but the Fake News seldom likes talking about that." Trump tweeted.

"It suggests that there is some sensitivity to Russia in this White House that prevents them from reaching obvious conclusions, like 'My national security advisor may be compromised, let's firewall the guy till we get to the bottom of this,'" said Whitehouse.

"I don't know if they're trying to send a signal to him, if they're afraid that he is cooperating or might be cooperating and they want to kind of calm him down," continued Whitehouse. "I don't know what that is all about. It doesn't make obvious sense."

Flynn was fired after 24 days in the Trump administration after The Washington Post reported that he had lied to Vice President Mike Pence about his discussions between Russian ambassador Sergey Kislyak. Before he was dismissed; however, several news outlets reported that Yates had informed White House staff of Flynn's false statements — potentially exposing Flynn to blackmail by the Russian government.

NOW WATCH: This animated map shows how religion spread across the world

SEE ALSO: 'He could be blackmailed by the Russians': Sally Yates explains why she warned the White House about Michael Flynn