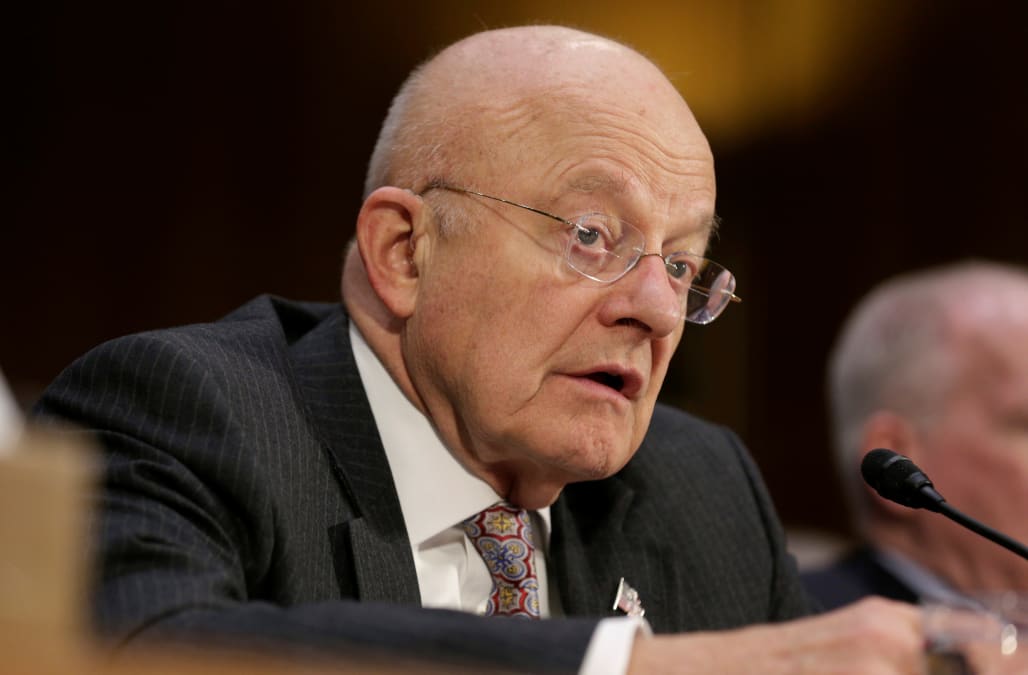 WASHINGTON, May 8 (Reuters) - Two officials in former President Barack Obama's administration will testify on Monday in a Senate investigation into allegations of Russian meddling in the 2016 U.S. election and possible collusion between President Donald Trump's campaign and Moscow.

James Clapper, the Director of National Intelligence under Obama, and Sally Yates, who was Deputy Attorney General, will testify to the Senate Judiciary subcommittee on crime and terrorism, the first public testimony by former officials from the Democratic administration in a congressional probe on Russia.

Congressional committees began investigating after U.S. intelligence agencies concluded that Russian President Vladimir Putin had ordered hacking of Democratic political groups to discredit the election and sway the voting toward Republican Trump, who won an upset victory in November.

Moscow has denied any such meddling. Trump also has dismissed the allegations, suggesting instead that Obama might have wiretapped his Trump Tower in New York or that China may have been behind the cyber attacks. No evidence has been found to support either allegation.

The public hearing will be the first featuring testimony by Obama administration officials who have left government. Trump fired Yates from the Department of Justice in January, and Clapper retired on Jan. 20, when Trump was inaugurated.

Senator Lindsey Graham, a Russia hawk and sometime critic of Trump, has been one of the leading Republican voices calling for a thorough investigation of Russia and the election.

Yates is expected to tell the senators that on Jan. 26, when she was acting Attorney General, she had warned White House Counsel Don McGahn that then-National Security Adviser Michael Flynn had not told the truth about conversations he had with Sergei Kislyak, Moscow's Ambassador to Washington, about U.S. economic sanctions on Russia.

Flynn resigned after less than a month in office.

The congressional hearings have been shadowed by allegations, mostly from Democrats, that lawmakers are too partisan to investigate effectively.

In the lead up to Monday's hearing, Susan Rice, who was Obama's national security adviser, declined an invitation to testify because it had come only from Graham, the subcommittee chairman, and not Senator Sheldon Whitehouse, its ranking Democrat.

Her refusal was first reported by CNN.

Rice's name was linked to the Russia investigation when Trump suggested she might have broken the law by asking intelligence analysts to reveal the name of a Trump associate mentioned in an intelligence report.

She denied doing anything inappropriate, and there is no evidence to substantiate Trump's allegation.

Trump tweeted on Thursday that it was "Not good!" that Rice had not agreed to testify.

The probe being led by Graham and Whitehouse is one of three main congressional investigations of Russia and the 2016 U.S. election. The FBI and U.S. intelligence agencies are conducting separate investigations.

Biggest Government Probes in History
WASHINGTON, DC - JULY 29: In this 29 July 1998 file photo, Linda Tripp talks to reporters outside of the Federal Courthouse 29 July 1998 in Washington, DC, following her eighth day of testimony before the grand jury investigating the Monica Lewinsky affair. Tripp's taped conversations with Lewinsky triggered the sex-and-lies probe dogging US President Bill Clinton. Tripp was fired from her Pentagon job 19 January 2001 after she refused to resign like other political appointees. (Photo credit should read WILLIAM PHILPOTT/AFP/Getty Images)
WASHINGTON, : US President Bill Clinton listens to a question about the Monica Lewinsky affair 16 September during a press conference with Czech President Vaclav Havel at the State Department in Washington, DC. Clinton defended his leadership in international affairs despite the probe into his affair with a former subordinate at the White House. (ELECTRONIC IMAGE) AFP PHOTO Stephen JAFFE (Photo credit should read STEPHEN JAFFE/AFP/Getty Images)
UNITED STATES - MARCH 30: President George W. Bush speaks in the press room of the White House on March 30, 2004. He announced that National Security Advisor Condoleezza Rice will testify before the 911 commission in an open session, something the administration had previously opposed. The independent commission, created by an act of Congress, has until July 26 to report on U.S. intelligence failures before the Sept. 11 attacks. (Photo by Dennis Brack/Bloomberg via Getty Images)
Up Next

Clapper, Yates and another official who served under Obama, former CIA Director John Brennan, had been scheduled to testify to the House of Representatives intelligence committee in March, but that hearing was canceled by the panel's chairman, Republican Devin Nunes.

Nunes, a Trump ally, has since recused himself from the Russia investigation amid concerns that he was too close to the White House to lead a credible probe.

Yates, Clapper and Brennan are now due to appear at a public hearing of the House committee that has not been scheduled. (Reporting by Patricia Zengerle; Editing by John Walcott and Grant McCool)