Pope Francis 'ashamed' the word 'mother' was tied to MOAB 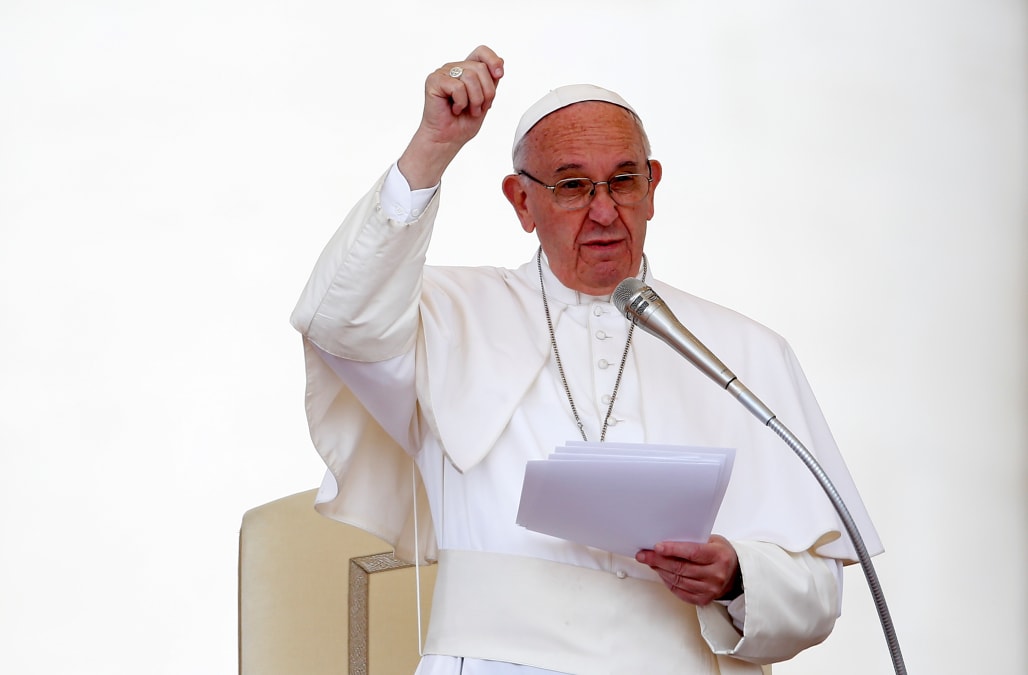 After hearing the word "mother" in association to a U.S. military weapon, Pope Francis says he was "ashamed."

According to Reuters, the Pope spoke with a group of students, telling them, "A mother gives life and this one gives death..."

The Pope continued, "We call this device a mother. What is happening?"

The device he's referring to is the U.S. military's Massive Ordnance Air Blast (MOAB), also known as "the mother of all bombs."

The Hill reports the bomb killed at least 94 ISIS fighters last month when the U.S. targeted an ISIS complex in Afghanistan.

In spite of their differing stances on many issues, Pope Francis is expected to meet with President Trump on May 24.