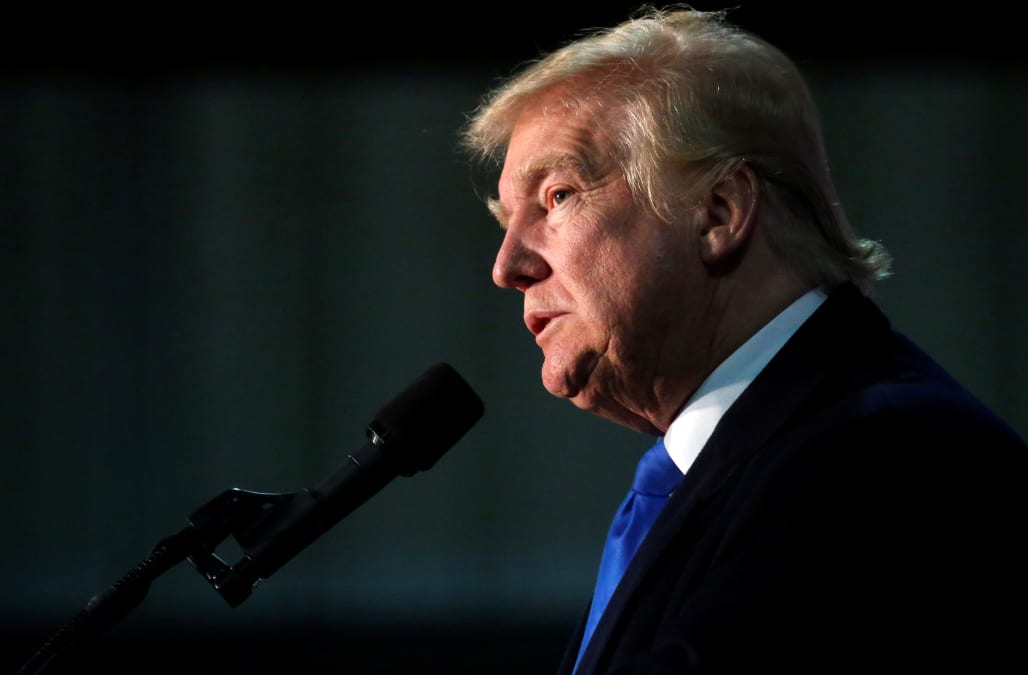 Donald Trump's 2020 presidential campaign says all three major networks have joined CNN in refusing to air an ad that attacks them.

"Apparently, the mainstream media are champions of the First Amendment only when it serves their own political views," Lara Trump, the president's daughter-in-law and campaign consultant, said in a statement Friday.

"Faced with an ad that doesn't fit their biased narrative, CNN, ABC, CBS, and NBC have now all chosen to block our ad. This is an unprecedented act of censorship in America that should concern every freedom-loving citizen," she added.

In statement on Tuesday, CNN said it had no problem airing the ad if the network agrees to remove the offending graphic. "CNN requested that the advertiser remove the false graphic that the mainstream media is 'fake news,'" the cable channel said. "The mainstream media is not fake news, and therefore the ad is false and per policy will be accepted only if that graphic is deleted."

NBC issued its own statement saying that,"Consistent with our policies, we have agreed to accept the ad if the inaccurate graphic — which refers to journalists as 'fake news' — is corrected."

The campaign by Democrat underdog Bernie Sanders is using TV ads most effectively, according to data from Ace Metrix.

The ad was produced by Trump's campaign committee, which is already working to seek the president's reception in 2020. According to the Trump campaign, it plans on spending $1.5 million to push the ad online.

"It is absolutely shameful to see the media blocking the positive message that President Trump is trying to share with the country," Michael Glassner, the Trump campaign's executive director, said in a statement Tuesday.