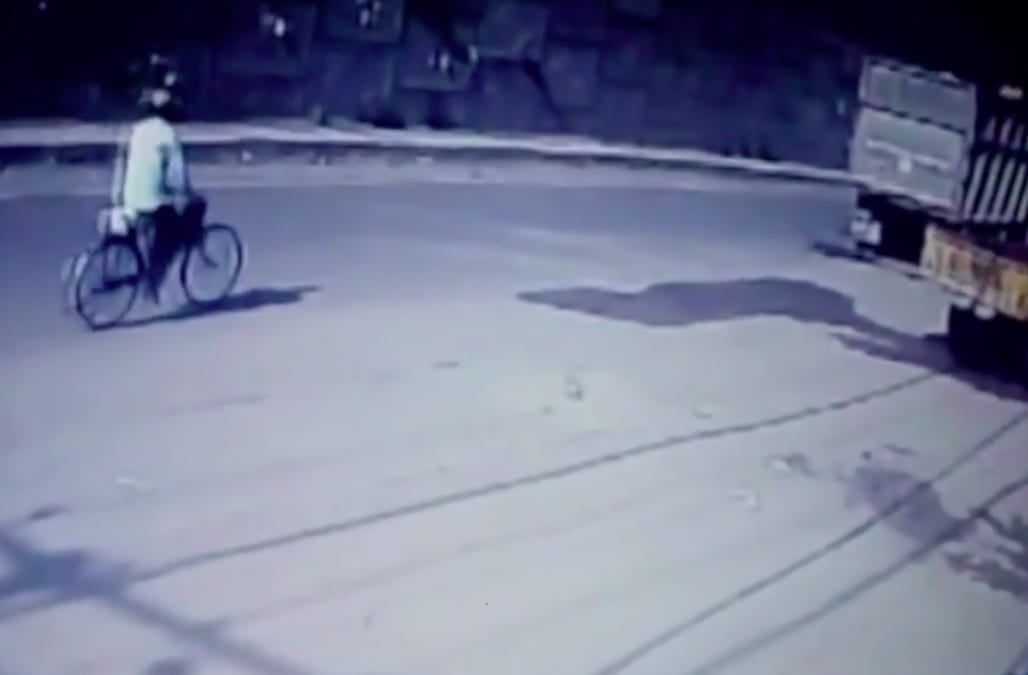 Heart-stopping surveillance footage from India shows a bicyclist narrowly escape his demise after a massive truck flew off the highway above him, killing another driver in its path.

The unnamed man was cruising down a road in the Punjab province of Ludhiana, India, when out of nowhere, a truck came flying off the unseen overpass.

Dramatic footage of the event shows tires and debris raining down upon the cyclist as he dismounts his bike and flees the truck's path just in time.

Moments after, the truck lands right on top of a rickshaw car, fatally crushing its driver.

The bicyclist later said it was the second time he cheated death that day -- just moments before, he says he veered out of the way of a speeding truck.